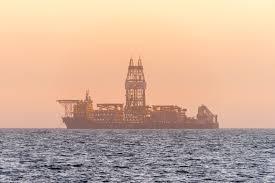 NEWS of more oil finds in Namibia and Zimbabwe were reported on Monday by Shell Global and Australian Securities Exchange-listed company Invictus Energy.

According to reports by Upstream, Shell reported another find in the world’s hottest new hydrocarbon hunting ground in the Orange basin.

The probe is chasing a different geological play to the Upper Cretaceous light oil discoveries madelast year by Shell’s Graff-1 and La Rona-1 exploration wells.Upstream also reported that Invictus completed the probe and a sidetrack in the Cabora Bassa basinlast year, hitting numerous down hole challenges on the way which meant that hydrocarbons could notbe sampled directly.

However, Invictus has been evaluating data from these two wells, with managing director Scott Macmillan announcing that 13 potential hydrocarbon-bearing zones have been pinpointed in the basin’s Pebbly Arkose and Upper Angwa formations, with deeper potential also thought to exist.

“Significantly, a combined 225 metres of gross potential hydrocarbon bearing zones have been identified.

This is an outstanding result and virtually unprecedented for the first well in a frontier basin,establishing a new petroleum province and substantially de-risking the company’s wider acreage,” he said.

Macmillan said the company was still interpreting all the data, with results to be integrated into theseismic data and basin models to guide future well locations and exploration prospect selection.