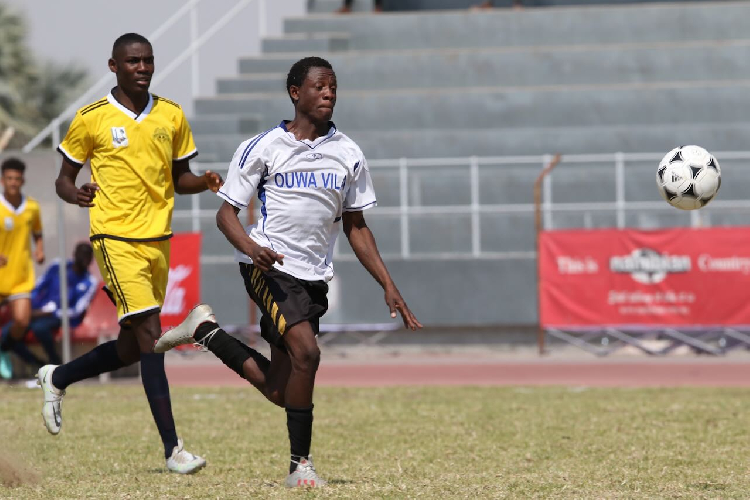 OHANGWENA won the bronze medal in the football tournament at the Namibian Newspaper Cup powered by Standard Bank after beating Khomas 1-0 on Sunday morning.

Playing in hot and stifling conditions, chances were few and far between in the first half.

Ohangwena striker Martin Mandume broke through early on but shot wide from close range, while Khae-Khoeb Geiseb created problems for Ohangwena’s defence with his speed and quick movement.

Towards the end of the half Abraham Ndungandulu had a great chance when he latched onto a freekick by Silas Joel but his shot went wide of the target.

Ohangwena nearly took the lead early in the second half when Hishiko Tawanda’s freekick was fumbled by Khomas keeper Sidalina Roberto but Shadjanale Petrus’ scrambled shot hit the bar.

Mandume also came close when he intercepted a poor clearance and bore down on goals but Roberto rushed out to clear the ball just in time.

Khomas suffered a setback on 42 minutes when Dorrin Eiseb was sent off after collecting a second yellow card for a foul, leaving his team one man down for the final 18 minutes.

Barely two minutes later, Ohangwena capitalised when Mandume ran onto a long clearance and struck a great shot on the volley that went into the left hand corner.

Khomas had a great chance to equalise soon after when Theophulis Kaposambo latched onto a high ball with Ohangwena’s keeper Joseph Martin off the line, but he could not control the ball and the chance went abegging.

That was their last chance as Ohangwena went on to win the match by a solitary goal.