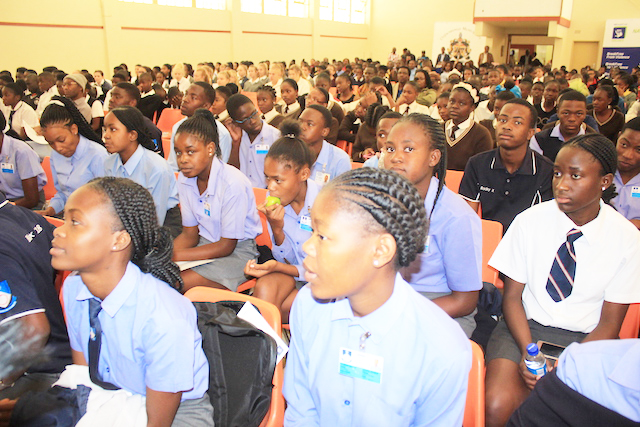 ABOUT 4 311 teachers in the Ohangwena region are providing education to 117 293 pupils, making the region the most crowded in terms of pupil-to-teacher ratio.

This is according to the 15th School Day report released by the United Nations Children’s Fund (Unicef).

The report says the region has a pupil-to-teacher ratio of 27/1.

The skewed pupil-to-teacher ratio comes at a time when most schools countrywide are in the process of enrolling pupils for 2023.

“People are flocking to urban areas,” he says.

According to the 15th School Day report, the current pupil-to-teacher ratio is 26/1.

“We must wait for the results to actually know if we have a challenge or not,” he says.

Currently, 440 Grade 1 pupils are still on waiting lists to be placed at schools at the coastal town.

The Walvis Bay circuit office recently managed to reduce the number of Grade 8 pupils on waiting lists from 700 in July to 444.

Martin urged parents to be patient, while the directorate is busy planning the way forward.

He said it is the first time that so many Grade 8 pupils are awaiting placement.

Many Namibians flock to the coastal town in search of employment, while others are transferred to the coast.

As a result, schools become overcrowded.

Parents have also been urged to understand if their children cannot be accommodated at the school of their choice.

Martin advised parents to consider enrolling their children at schools at other towns in the region, with more space and hostel accommodation.

The Zambezi regional education directorate has provisionally placed about 8 715 Grade 1 and Grade 8 pupils for the 2023 academic year, despite the overcrowding of schools in the region.

This was revealed by the regional education director, Jost Kawana, on Wednesday.

He said enrolment continues to increase every academic year.

“This has kept the available schools overcrowded, making the effectiveness of teaching and learning difficult. The region is using the platoon system for the junior primary phase to cater for a higher enrolment of pupils, given limited classroom space,” he says.

He says the region is experiencing a classroom shortage, which has been a continuing concern, since some schools are using tents as classrooms despite harsh weather conditions.

“The region is trying by all means to create learning space by providing tents and other makeshift mechanisms to assist overcrowding in classrooms.

“At the moment, the region’s pupil-to-teacher ratio at some schools stands at 60 pupils per teacher.

“In attempts to reduce the pupil-to-teacher ratio, we make arrangements to transfer teachers procedurally to schools where overcrowding is experienced from schools with more teachers than pupils,” he says.