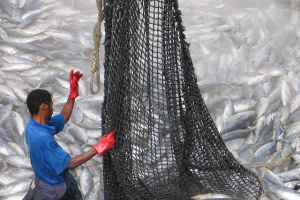 (Seychelles News Agency) – Mechanisms for the deployment of observers onto Taiwanese vessels licensed to fish in Seychelles waters will soon be finalised, allowing deployment to take place, according to a fisheries official.

Fisheries principal secretary Roy Clarisse told SNA on Wednesday that “when it comes to surveillance, there is a provision in the agreement which allows us to have a human observer onboard.”

Clause 10 of Section 3 of the agreement, which looks at the fishing licence conditions, states that “association fishing vessels shall take onboard scientific or compliance observers as required by the competent Seychelles authorities whenever necessary.”

Having observers onboard longliner vessels is in accordance with the relevant Indian Ocean Tuna Commission (IOTC) resolutions with regard to the Scientific Observer Programme and relevant Seychelles’ laws and regulations, including electronic observation schemes.

Talking about an aspect of longlining fisheries – transshipment at sea – that is of concern for different bodies as the activity is commonly regarded as a loophole allowing for under-declaring of catch, Clarisse outlined that “there is a set of procedures that need to be followed when carrying out transshipment at sea.”

“Any vessel that fishes in our water and wants to carry out transshipment must do so in port or on the high seas,” said Clarisse.

When it comes to having the vessels disembark a percentage of their catch in Port Victoria, the principal secretary outlined that there are no such obligations for any country operating in Seychelles waters, however, it is encouraged.

Catches of longliners are stored onboard vessels at -60 degrees Celsius and, at the moment, Seychelles does not have any facility that can process fish at this temperature.

“We are working on the development of the fish processing zone on Ile du Port, and there are interests to invest in fish processing at -60 degrees. In the agreements, we also have a clause that makes provision for when onshore facilities become operational, at least there is provision for these processors to acquire fish from these vessels,” said Clarisse.