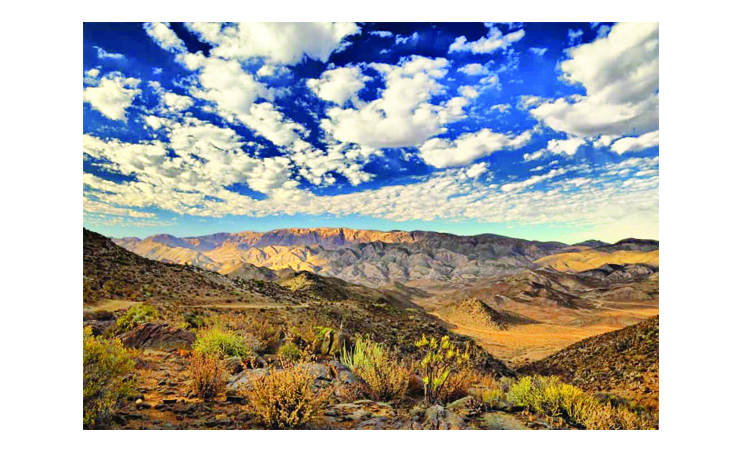 The /Ai-/Ais Richtersveld Transfrontier Park straddles the border between South Africa and Namibia.

The park was formed in 2003 by combining the Namibian /Ai-/Ais Hot Springs Game Park and the South African Richtersveld National Park.

The treaty is a commitment between Namibia and South Africa to foster transnational collaboration and cooperation.

Excited by the revival the transfrontier commitment, Ashipala highlighted activities, such as the desert night cycling that last took place in 2017, and the desert kayak trails, which brought about innovative ways to raise funds for conservation activities in the park while creating short-term jobs and training opportunities.

“With the cycling race that involved competitors pedalling day and night across the beauty of the /Ai-/Ais national park, we saw throngs of adrenaline hunters enjoying themselves and creating a strong marketing [platform] for Namibia and the park,” he added.

He added that they hope to see the same soon again.

“This means more revenue for Namibia in terms of tourism,” Ngwangwama said.

NWR, as a member of the Joint Management Board as per the treaty, is the national implementing agency in Namibia as per its mandate of managing tourism facilities in national parks.

Ministry of Environment, Forestry and Tourism spokesperson Romeo Muyunda said the treaty was signed in 2003 to promote conservation through collaboration and cooperation in the transfrontier park.

“Through this collaboration, the two countries should identify cross-border tourism products. This has created employment and investment opportunities in both countries,” Muyunda said.

He added that the treaty also creates a platform to solicit funding for ecosystem management through joint law enforcement activities.

“Namibia has so far benefited from such funding, but also promotes management through collaboration with the private and public sector public and non-governmental organisations,” he added.

The Diamond Dealer and the Kalondos

Opposition MPs walk out of parliament over remarks by Nekundi