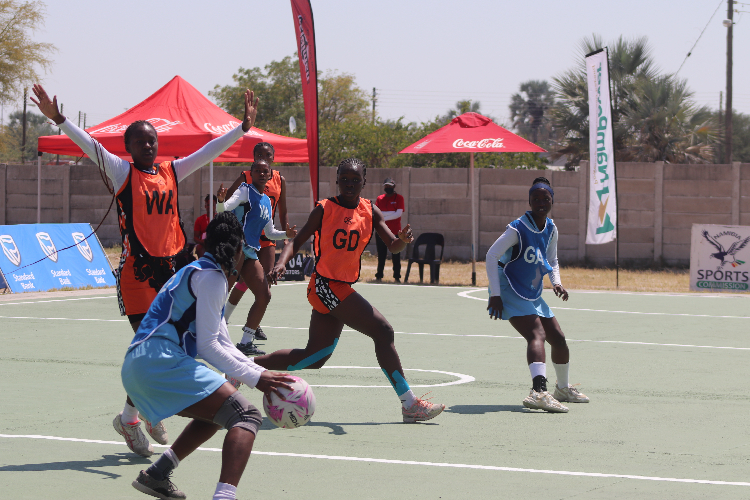 HOLDERS Erongo got off to a bumpy start in the defence of The Namibian Newspaper Cup following a 28-21 loss to Khomas at the Oshakati Stadium on Friday.

Erongo took the first two sets, but were pegged back in the third as Khomas took control of the intense contest.

The player of the match award went to tough goalkeeper Usuta Muvangua from Erongo.

Meanwhile, the host region Oshana are determined not to be upstaged on home turf, after a gritty performance saw them overcome former winners Kavango East in the opening match.

Following a nervy start, the home team steadily grew in confidence as the match progressed.

Despite her outstanding performance which earned her the player of the match prize, Paula Hamunime ended up on the losing side as Kavango West slumped to 22-14 defeat by Ohangwena.

In the fourth contest of the day on the refurbished netball court A, Kunene got their campaign off to a positive start as player of the match was Mariri Tinda led them to a hard-fought 17-13 victory over Zambezi.

The Otjozondjupa region showed they mean business as they dominated from start to finish to record a comfortable 30-16 victory over //Kharas.

Player of the match and goalkeeper Sparkle Mulundu of //Kharas said they would do better in their next game.

“It was very hard but the key to the game is always to defend hard in order to win,” she said.

Omaheke had to dig deep to shrug off the attentions of a spirited Hardap team. In the end Omaheke powered to the victory by 25 baskets to 15.

Mezeri Kakuenje of Omaheke region was surprised to pick up the game’s top player award.

“It was really a tough game but we managed to win. We are happy. I feel bad for the others, they really fought for the game. I thought the player of the match would be someone else from the other team,” Kakuenje said.

In other matches, Omusati defeated Kavango East 20-18, with Oshikoto 23-19 victors over Kavango West.