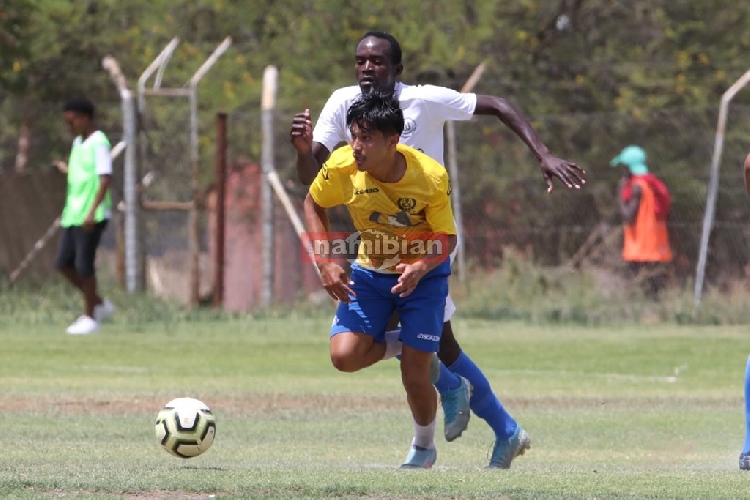 The NCS, along with Blue Boys, Mariental and Try Again, made sure of maximum points in a goal-laden weekend of action.

The new log leaders eased past Western Spurs 2-0 on Saturday before recording a statement 5-0 thumping of Northern Stars on Sunday.

The NCS now have 25 points from eight matches, three more than Nampol who began the weekend with a hard fought 3-2 victory over Spoilers from Okahandja on Saturday, but then lost by the same scoreline to Blue Boys the following day.

Blue Boys, who also also scored a 3-2 victory over DTS Hopsol on Saturday, moved one place up to third on the same amount of points, followed by a buoyant Mariental SC after their 2-1 and 1-0 wins over Northern Stars and bottom side Spurs.

Date Eleven dropped five points and two places to place fifth (16 points). They were held two-all by struggling Ramblers on Sunday, having lost 4-2 to Windhoek United a day earlier.

Third-from bottom at the start of match day nine, Try Again emerged from the festive recess a rejuvenated side, scorching Ramblers 3-1 and United 2-1 to jump to sixth on the log with 13 points on the board.

Spoilers are seventh (11 points) on the back of Sunday’s 1-0 win over DTS Hopsol (11), who dropped from sixth to eighth.