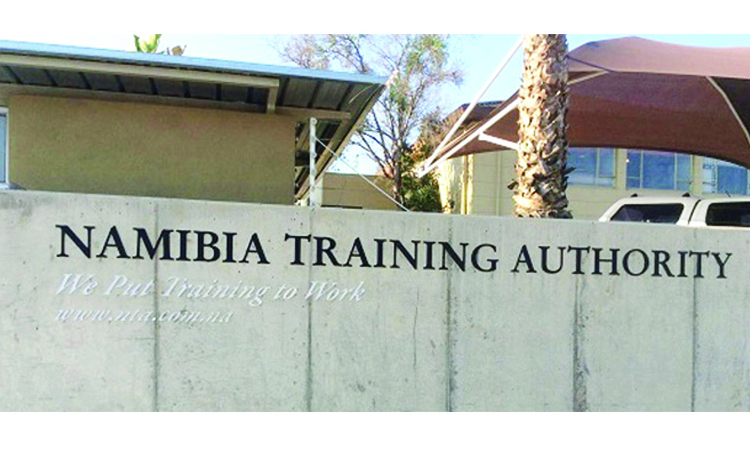 THE National Training Authority (NTA) says 379 companies started making use of the national training fund in the 2014/15 financial year, which increased to 507 in 2021/22.

This is out of the 2 895 employers paying towards this fund through NTA levies.

“While there is output evidence on the number of persons trained through employer training grants, there is no outcome or impact evidence that this has improved enterprise performance,” the brief states.

However, NTA acting chief executive officer Muvatera Ndjoze-Siririka says this does not render the fund ineffective, as was stated in a recent report in The Namibian.

“It creates the impression that levies collected are underutilised, and that the NTA is inefficient in the application of these resources,” he said.

Private companies with a projected annual payroll of less than N$1 million are exempted from paying levies towards the authority.

This represents 17,5% of the employers who pay towards the fund.

In a press statement issued recently, Ndjoze-Siririkathe differed with Unesco’s finding that levies disbursed to employers for training has been decreasing every year from 22% in 2014/15 to 9% in 2017/18.

“Bar two disbursement cycles, the proportion of levies disbursed to eligible employers who submitted valid grant claims have been increasing from about N$52 million at inception in 2014/15, to about N$60 million in 2019/20,” Ndjoze-Siririka said.

He said the NTA’s bank balance as at the end of March 2019 was N$744 million, and not the surplus of N$940 million which Unesco proposes.

The NTA further argued that Unesco was incorrect to state that three quarters of levy funds are spent on key priority grants, which cover the cost of training interventions approved by the NTA’s board of directors.

“All levies are disbursed, as prescribed by regulations, and in line with the following allocations: 35% for key priority grants, up to 50% for grants, and up to 15% for the NTA’s administration costs, known as the administration grant,” he said.

Unesco states: “About 15% of levy funds are spent on administration, which is a higher proportion of the levy than employers receive back as training grants.”

The NTA, however, says: “This is inaccurate. Never since the inception of the vocational education and training (VET) levy programme have annual employer training grant disbursements been less than the funds the NTA accessed annually through the 15% administration grant.”

The registered vocational education and training levy payers can claim up to 50% of levies paid annually, on condition their claims are supported by evidence of actual training costs incurred.

In July, the deputy executive director of the higher education ministry, Raimo Naanda said only 80 employers are participating in an apprentice scheme linked to using the fund, while over 2 800 employers are paying the NTA levy.

“The NTA has implemented a levy on employers whose annual payroll is more than N$1 million to contribute 1% towards training,” Naando said during the launch of the MTC Namibia national internship programme.

The apprenticeship scheme is one of the benefits for the employers who pay their levies.