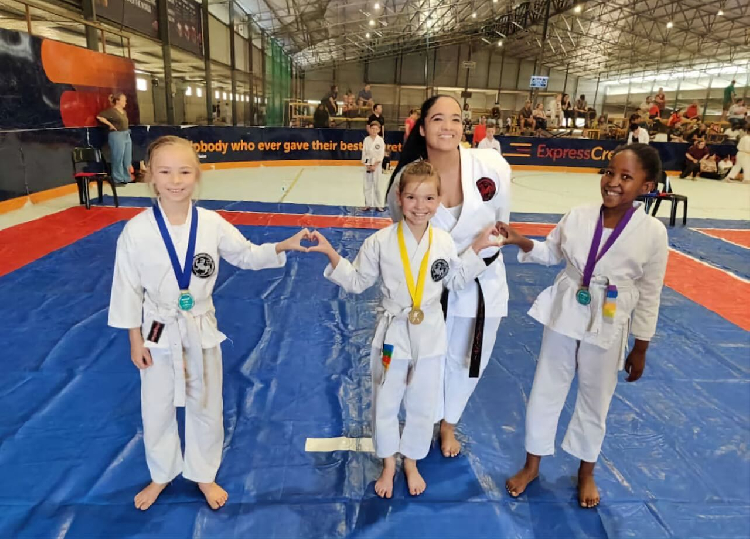 THE Shotokan Karate Academy (Skai) hosted the 2022 Skai National Championships at the Sports Plaza Hall in Windhoek on Saturday.

Karateka from all over the country attended this flagship karate event, with spectacular action on all four rings on display.

The black belts, many of whom are in the national team, treated the spectators to a spectacle of exciting and exhilarating karate.

The competition was fierce as podium positions were needed to secure an invite to the national trials in 2023.

Skai still has two competitions to be presented in 2022.

The next event is the 18th Coastal Development Championships at Walvis Bay on 1 October.

Thereafter, the Skai Year-End Championships will be held on 26 November in Windhoek.

Children aged four to eight had a ring dedicated to their participation only. Parents were allowed to come down from the stand to sit at the ring to encourage and enjoy the youngsters up close.

“What makes the Skai nationals unique is that it caters for the participation of children from as young as four years of age, right to the esteemed Shotokan Warriors, which comprise adults doing karate,” chief instructor Willem Burger says.

The event started with the official march-on of all karateka and officials.

Burger conducted the official opening and welcomed all present.

The competition was made possible with the support of FNB Namibia and Namib Mills.

“We congratulate Skai on a spectacular event presented very professionally and with military precision,” Burger said.

“We also thank the sponsors FNB and Namib Mills, which acted as enablers for such events, which not only builds character, but also forges friendships and relationships across all cultural boundaries,” he said.

Rosa Kantema from FNB Namibia said: “The partnership of FNB and Skai has been a successful collaborative effort for some years now, and that is a valued relationship.”

She highlighted the importance of discipline, humility and loyalty a sport like karate fosters in participants.

Undocumented people will not be deported – Kashikola