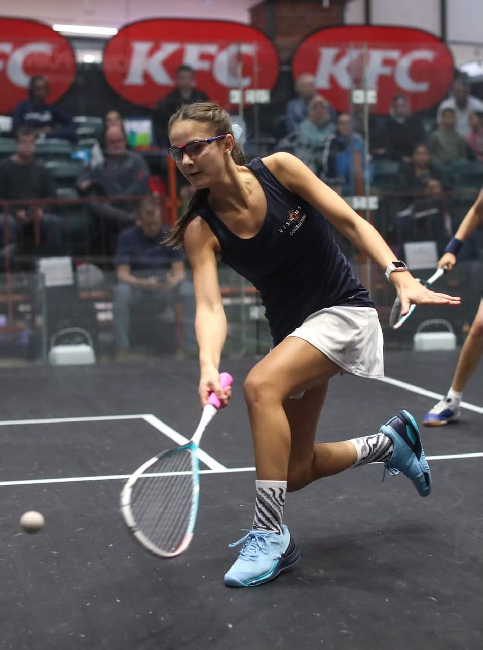 SOME of southern Africa’s top squash players will be in action at the BDO Namibian Squash Open which takes place at Wanderers next weekend, from 15-17 September.

South Africa’s current number one player Dewald van Niekerk and other top ranked players like Tristan Worth, Jean Pierre Brits, Reuel Viderer, Jimmy Schlebusch, Hayden Worth, Ian Oosthuizen and Joshua Robberts will be in action amongst the men.

Van Niekerk, Worth and Brits are all in action at the SA National Squash Championship, which started on the all-glass court at the V&A Waterfront in Cape Town yesterday, where they are the top three seeds respectively.

Amongst the women, South Africa’s Vasti Oelofse and the budding young star Dene van Zyl, who recently won the u17 title at the South African Championships will start amongst the favourites, while there is also a strong contingent from Zambia, including Sharon Chimfwembe, Stephanie McDougall, Abigail Chanda, Christine Mwachambo, Diana Musa and Marjory Mwamba.

Namibia’s top women who will be in action include Adri Lambert, Chantal de Gouveia, Jessica Moore and Hendrina Louw, to mention a few.

There has been a record number of entries with 195 matches that will be played over the three days.

The public is invited to experience some of the best squash on the African continent. Play will start daily at 09h00 until late evenings.

The Namibian Squash Association’s AGM will also be held on Saturday, 17 September, 13h00 at Wanderers to elect the new board for 2023.