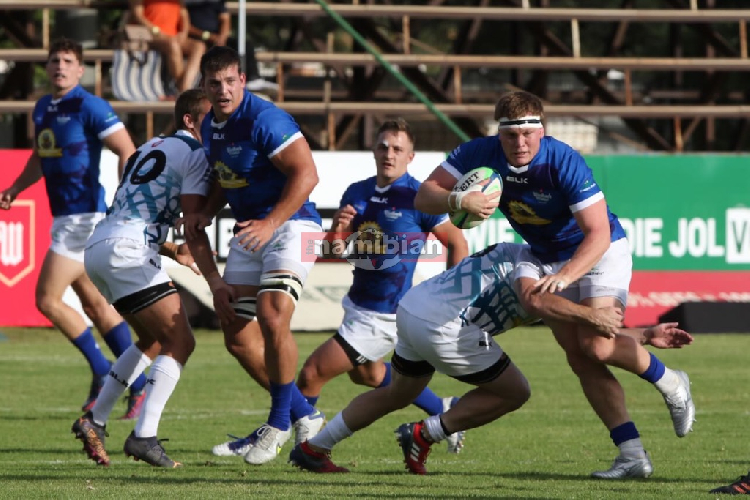 A 30-man Namibian rugby squad yesterday left for Europe for their end of the year tour when they will play Spain and Canada over the next two weeks.

Some of the newcomers include the utility back Le Roux Malan and loose-forward Richard Hardwick, who both made their debuts against the Griquas on Saturday, as well as the wing backs Darryll Wellman and Werner Ludick, and flyhalf Andre van der Berg.

“The whole selection criteria was to continue with a group of players that played for Namibia during the final round of the World Cup qualifiers in France in June, and obviously we wanted to build on that foundation that was laid there,” he said.

“The only players that are not with us at the moment are the captain, Johan Deysel, Torsten van Jaarsveld and Aranos Coetzee. Torsten and Johan will be joining us in Spain, while Aranos is battling with a calf injury, but we’ve got everyone else who have been with us in France, included in the group. We also have two extra boys like Le Roux Malan hes just become eligible to play and Richard Hardwick an Australian-based player who plays for the Melbourne Rebels, so he’s been included as well,” he said.

“Then we have one or two new caps like Andre van der Berg and Darryll Welmann and it’s great to give these young players an opportunity to come on board with us. Herchelle (van Wyk) the loose head prop has also joined us and will gain a lot of experience on this tour,” he added.

Coetzee said they had a lot of injuries especially amongst the outside backs with players like Lesley Klim, Gershwin Mouton, Chad Plato, Lorenzo Louis all out injured, while centre Alcino Izaacks was also injured against the Griquas and will miss the European tour. Besides them JC Greyling and Johann Tromp retired earlier this year.

Namibia will play Spain in Madrid on 12 November, and Canada in the Netherlands a week later.

The Namibian squad is as follows:

Half a billion switched on GC23