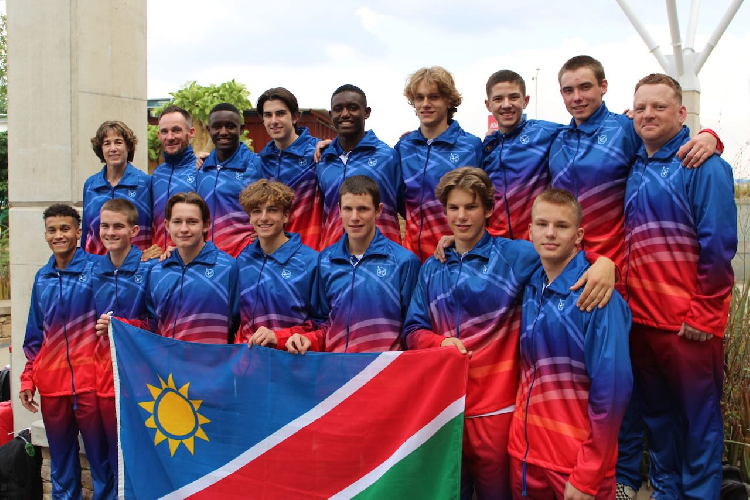 NAMIBIA’s junior men’s team narrowly missed out on a first-ever medal at the World Inline Skating Championships after losing 4-2 to the Czech Republic in the bronze medal match on Sunday.

Namibia progressed to the semifinals by beating Italy 3-2 after extra time, but they missed out on a place in the final after losing 5-4 to the United States on Friday.

Namibia however regained the lead just before halftime after Henning Schulze finished off a great attack by Theo Borstlap.

In an action-packed second half, the Czech team equalised early on, and then took the lead for the first time with six minutes to go.

Namibia continued to apply pressure and had several great scoring chances that just failed to cross the goal line.

As time was winding down, Namibia pulled their goalie for an extra attacker and generated two more good chances, but they would not go into the goal, and with six seconds left, the Czech team sealed a 4-2 victory with an empty net goal to win the bronze medal.

Namibian coach Brian Sobel said he was pleased with the progress they had made.

“Overall we are happy with the work we did here this past week. We played excellent games against the USA, the Czech Republic, France and Italy and showed we have the skill to hang with any country out there. Where we fell short is our ability to close out games and we need to learn to handle the big moments better,” he said.

“Despite that, this team made history by being the first African country to reach the semi-finals and play for a medal at the world championships. Stuff like that is magic and will only generate more interest in our sport in Namibia and only make our players that much hungrier to come back and take the next step in our development. Simply put, I am nothing but proud of these guys,” he added.

representing Namibia is the greatest honour. Our results are the product of

all the hard work we have put in over the years. We thank the players that

Namibia for their support this year.”

In the meantime, the Namibian junior women’s team has arrived in Argentina and will start their campaign against the United States today.