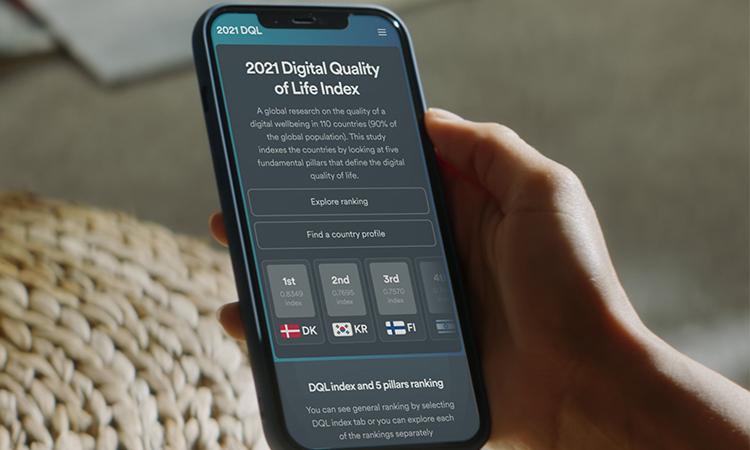 NAMIBIA has been ranked 103 out of 117 countries in the world regarding digital well-being.

According to the fourth annual edition of the Digital Quality of Life Index (DQL), Namibia beat only 14 countries out of the 92% of the global population.

According to the ranking report, out of the five fundamental digital life pillars, Namibia’s worst score is for internet quality (ranking 104th globally), and the best is for internet affordability (96th).

Namibia is ranked 14th in Africa.

“In the face of waging inflation, fixed broadband internet has become less affordable worldwide for the second year in a row, prying the global digital divide even further,” reads the ranking report.

This year, Namibia comes at the lower end of the index, ranking 103rd, not even making it into the top 100 in the final index, after dropping by three positions since last year’s edition.

Out of all index pillars, Namibia’s weakest spot is internet quality, which needs to improve by 130% to match the best-ranking country’s result (Chile’s).

Internet quality in Namibia is generally week, while on a global scale mobile internet is better than Namibia’s fixed internet quality, considering internet speed, stability, and growth. It ranks 104th in the world and is 31% worse than the global average.

Compared to Angola, Namibia’s mobile internet is 22% slower, while broadband is 7% faster.

In comparison, Singapore’s residents enjoyed mobile speeds of up to 104 Mbps/s, and fixed speeds of as much as 261 Mbps/s – the fastest internet in the world this year, according to the report.

The internet in Namibia is not affordable compared to global standards, indicating that there’s a lot of room for improvement.

Namibia’s internet affordability ranks 96th in the world, as citizens can buy 1GB of mobile internet in Namibia for 20 minutes and 3 seconds of work per month, 50% more than in Angola.

However, compared to Israel, which has the most affordable mobile internet on the planet (5s per 1GB), Namibians work 245 times more.

Fixed broadband costs Namibian citizens around 6 hours and 59 minutes of their working time each month. To afford it, Namibians have to work 22 times more than Israeli citizens, for whom the most affordable package costs only 19 min of work monthly.

The 2022 DQL research examined more than 7,2 billion people regarding five core pillars and 14 underpinning indicators that provide a comprehensive measure.

The study is based on the United Nations open-source information, the World Bank, Freedom House, the International Communications Union, and other sources.

“Namibia’s current per capita international bandwidth usage is half that of South Africa and Mauritius, and similar to Botswana’s. While Namibia has two submarine cable landings at its shores, capacity utilised by Namibian operators for their customers falls short of its southern African neighbours,” said Nghikembua.

The absence of competition led to higher, not lower, broadband prices in the past four years contrary to global trends, she said.

“MTC’s price of 1GB prepaid data per month increased by 41% since the first quarter of 2016, while operators in Botswana, Zambia, Mozambique and even South Africa decreased their prices significantly during the same period,” she said.