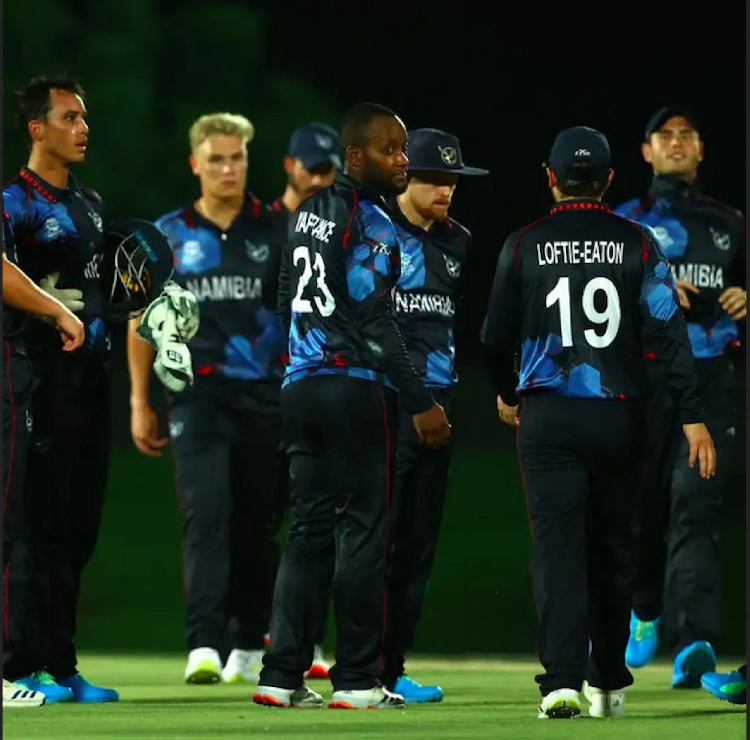 NICOL Loftie-Eaton and Helao ya France steered Namibia to a great three-wicket victory over Scotland in their second Tri-Nations encounter at the United field on Monday.

After losing their opening match to Scotland by four wickets last Thursday, Namibia once again seemed to be heading to defeat when they stumbled to 111/7, still well off the victory target of 209.

Ya France, however, joined Loftie-Eaton and gradually turned Namibia’s fortunes around as they chipped away at the target.

Loftie-Eaton reached his 50 off 58 balls in the 33rd over, while Ya France brought their 50-partnership up with a four off Brandon McMullen in the following over.

They grew in confidence and Ya France sealed their victory with a six and a four off Chris Sole to reach 210/7 with five overs to spare.

Earlier, Namibian captain Gerhard Erasmus won the toss and after electing to field, they got off to a great start when Ruben Trumpelmann trapped Kyle Coetzer lbw for a golden duck.

Christopher McBride also went cheaply for 8, but George Munsey and Richie Berrington led their revival with a 46-run partnership, before JJ Smit dismissed the latter for 20.

Munsey went on to score 51, while McMullen added 56, but Namibia plugged away with regular wickets to dismiss the whole side for 208 runs.

In reply, Namibia got off to a hesitant start, losing Michael van Lingen (7) and Divan la Cock early on, and when

Smit added 24 and when Trumpelmann was out for one, with the total at 111, Namibia still needed 98 runs for victory, with only three wickets in hand. Ya France and Loftie-Eaton, however, steered Namibia out of trouble and on towards a great victory, with a special 99-run partnership.

After the match, Loftie-Eaton praised Ya France for his maturity in difficult circumstances.

“I just told myself I’ll have to bat to the end as I had an unfortunate run out with Zane (Green) just when we got a partnership going, but as soon as Helao walked in to the middle, his maturity and seniority in the team came through in a crunch scenario. I’m proud of what he has been doing over the past couple of weeks, so I just want to congratulate him as well,” he said.

Ya France, meanwhile, said he tried to remain calm and build his innings from the start.

“I was just trying to keep it simple, I knew that the required run-rate and the pressure on us wasn’t that high, so I was fortunate enough to be able to take my time with the bat from the beginning. After that I just stayed positive and put all the bad balls away, and we knew that one or two big partnerships would break Scotland’s back and that’s what we did,” he said.

Both players play their club cricket for CCD, which made their partnership easier, according to Ya France.

“Running between the wickets was quite easy with Nicol, because we’ve played together for quite a few years, so our familiarity was one of the benefits, and we could rotate the strike pretty well and it put the pressure back on the Scottish team,” he said.

Loftie-Eaton said it was a special partnership.

‘Don’t be divided by Swapo campaigns’