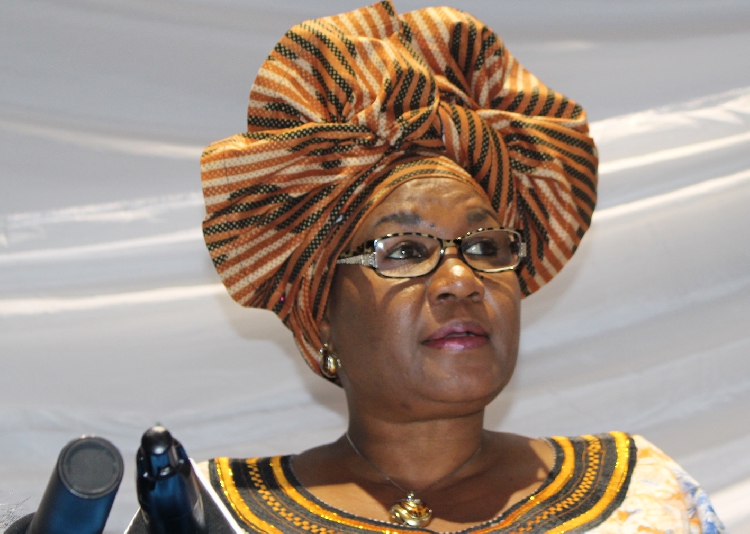 McLeod-Katjirua and Urpilainen yesterday visited an early childhood development centre the union sponsored at Mix settlement on the outskirts of Windhoek.

“At times we have become beggars for a very good purpose. We beg because we beg on behalf of others,” the governor told the commissioner while thanking her for the EU’s funding.

McLeod-Katjirua described the worrying conditions of the settlement’s residents.

“There has never been a school at this place. There is poor service delivery… It is very difficult for them to take their children to Windhoek. There is no arrangement for buses to this side. Poverty is rife,” she said.

This, the governor said, is because the City of Windhoek is unable to service the needs of Windhoek’s residents.

“We have a problem. We are overwhelmed. The demands of the citizens really surpass what we can provide as a city,” the governor said.

The National Planning Commission’s director general, Obeth Kandjoze, yesterday upon receiving the funds, said Namibia is the only country with lawmakers in holding cells until they get their day in court.

“We may be the only country on the continent with former policymakers awaiting trial for corruption. To strengthen the hand of our government is a most welcome endeavour,” he said.

Two former lawmakers are currently in jail awaiting trial in connection with an alleged scheme to unlawfully exploit Namibian fishing quotas – including counts of fraud, bribery, racketeering and money laundering.

The group is accused of benefiting from N$175 million meant for the Namibian government.

However, a former Rwandan minister was on Monday sentenced to five years in jail for corruption and ordered to pay a fine by the Kigali-based High Court.

Joseph Malanji, a former foreign minister, and Fredson Yamba, former treasury secretary have been arrested in the capital, Lusaka.

Mozambique has sentenced a former minister to 16 years’ imprisonment for corruption.

Urpilainen, who is in charge of international partnerships at the EU, has launched an action plan with the NPC worth N$437 million.

These funds will be allocated to early childhood education, governance and gender programmes, including the Anti-Corruption Commission.

This funding is also part of Namibia and the EU’s agreement to export critical raw materials and green hydrogen to European countries to ensure that Europe ceases its dependency on Russian gas.

The art of restoring vintage cars

Morale-boosting win for Namibia – The Namibian