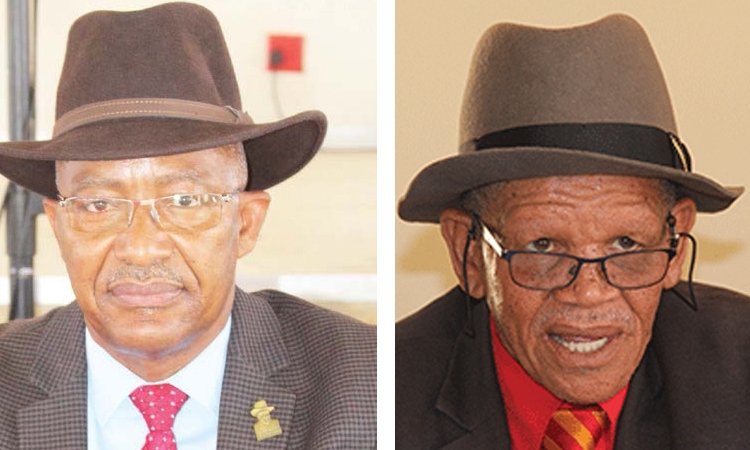 THE Ovaherero Traditional Authority (OTA) and the Nama Traditional Leaders Association (NTLA) have opened a court case against the government.

The two traditional authorities said they are taking the government to the High Court because it has failed to respect the principles of the 2006 parliamentary resolution regarding the Nama/Ovaherero genocide.

“The genocide resolution of the Namibian parliament of 2006, in short, entails the recognition and genuine acknowledgement of genocide against the Ovaherero and Nama people, an apology for the brutal act, reparation for damages caused,” Ovaherero paramount chief Mutjinde Katjiua said.

Katjiua together with the NTLA leader of the joint genocide campaign Gaob Johannes Isaack said this at a press conference on Friday.

According to Isaack, on 23 May 2021, the late OTA paramount chief Vekuii Rukoro and him rejected the joint declaration, for deliberately excluding Ovaherero and Nama people.

The two parties maintain that the Ovaherero and Nama people have the inalienable right to speak for themselves, as codified in the United Nations Declaration on the Rights of Indigenous People and various other instruments of both local and international law.

“It is our firm belief that the joint declaration is a bilateral development aid agreement and fails dismally on the recognition of genocide and reparation,” Katjirua said.

He added that after that they made several calls to the Namibian government to help them convince the German government of the need for renewed negotiations.

“However, the Namibian government has chosen to cooperate with the German government against us. We understand it was always Germany who has dictated the terms of negotiations. This fact is well articulated in our court argument,” Isaack said.

They said a meeting with vice president Nangolo Mbumba last year was the last merciless stroke by the Namibian government against the Nama/Ovaherero people.

Minister of Information and communications technology Peya Mushelenga said if the two authorities are planning on taking the government to court then it becomes a court case. He did not comment further.