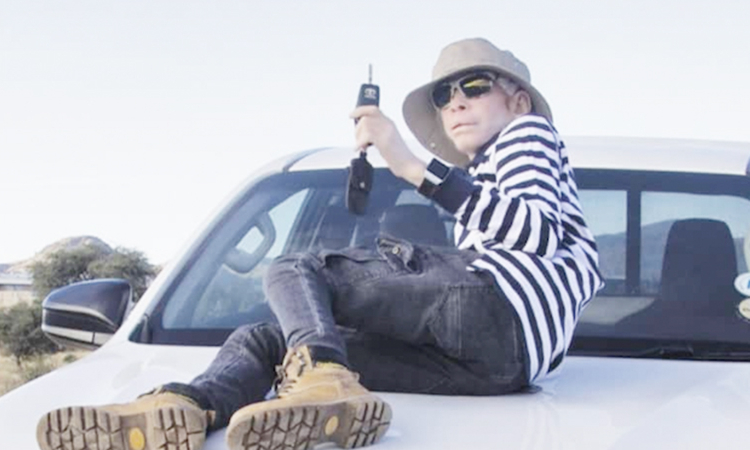 After a three-year musical break, traditional singer Nakale yaNakale, who is popular for his explicit lyrics, has thrown a brand-new album, titled ‘Mannikie’, into the market, .

His 10th album’s title means “small man”, and refers to his last-born son.

The 15-track album features his typical traditional dance beats, but has a changed theme, he says.

“I will leave it to my fans to judge the album when they purchase it. All I can say is, compared to previous albums, ‘Mannikie’ is more mature, with a slow sound, and can cater for all young and older people who love local music,” he says.

Some songs to look out for on the album are ‘Sakeni’, which means dance, and which is perfect for great vibes and parties, and ‘Koshikola’, which encourages school pupils and students to study hard and become future leaders.

Fans can also look out for other hits such as ‘Lobola’, featuring MBM, and ‘Efimbo’, featuring Tate Buti.

The album features talents such as Top Cheri and Pandu, and was co-produced under Oupyu Production, while Gloh from Gloh Music Production produced, mixed and mastered the entire album.

According to Djokic Dragan, the owner of Antonio’s Arts which sells local CDs in Windhoek, Nakale’s latest offering is currently his top-selling album.

He says customers come in numbers to buy the album, which is a sign of good music and consistency.

Nakale told The Weekender he spent approximately N$100 000 to bring the album to the market, and strongly warned those thinking of pirating the album that they will face the law and be fined to the tune of N$50 000.

Speaking all the way from Okongo, Nakale says he lives alone at Ekoka village in the Ohangwena region, where he is currently farming at his homestead and running various businesses to sustain himself.

Talking about his wealth, the singer said since being involved in the music industry, he has managed to build his house and buy himself a Honda SUV.

He says this is through funds generated from his talents, and through the sponsorship of local business people.

He thanked his fans for supporting him by buying his CDs, and for checking up on him up daily.

Nakale started with music way back in 2006, with his two brothers, under the blended stage name ‘Ovakwaita VokOkongo’.

He later went solo in 2008, to produce his first album, ‘Ondjokanaoodhigu’, which went viral among taxi drivers.

His second album was the controversial ‘Ohungiyaakuluntu’, also known as ‘Blue Musik’, which Nakale described as one of his best lifetime achievements.

Ever since then, the singer has showed no signs of stopping, cementing a name for himself in the music industry.

The life of 'amiga'