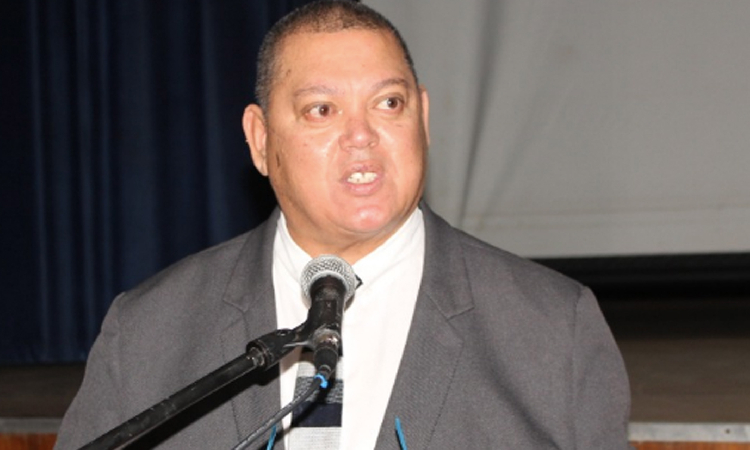 THE fishing industry has called on the Ministry of Fisheries and Marine Resources to control “greedy” quota holders, as they are damaging the sustainability of the industry.

He said while the total allowable catch (TAC) in most fisheries, has been constant, annual quotas allocated to rightsholders have been shrinking to allow for newcomers to enter the industry.

As a result, rightsholders who have invested in the industry are forced to buy quotas at ever-increasing prices.

“Whereas many of the old rightsholders have entered into agreements with the processors to acquire shares in processing plants and vessels, a group of quota traders has developed who move from company to company, holding the quota back to obtain higher prices later in the fishing year when the factories run out of quota,” Amukwa said.

This results in an “exorbitant amount” of money being paid for quotas, he said, which adds to the financial pressure the companies are already experiencing, and consequently reduces investments and the employment creation capabilities of the fishing sector.

“Such procedures are causing problems among rightsholders and are destabilising the sector,” Amukwa warned.

He called for the implementation of the long-overdue ‘scorecard’ introduced by the fisheries ministry over five years ago to evaluate the performance of fishing rightsholders and the allocation of quotas.

TAC will be calculated based on the information on a rightholder’s scorecard, which reveals a company’s contribution in terms of inclusivity of shareholding by Namibians, local procurement and investment, women empowerment, youth empowerment and assisting disabled and previously disadvantaged groups.

In turn, Klazen said he was aware of the unfair distribution of dividends and conflicts raised within joint ventures among individual rightholders caused by the lack of proper governance structures in place.

“These unhealthy practices should cease with immediate effect. I will seriously consider allocating quotas directly to the joint venture companies to enable maximisation and greater benefit of the fishing sector,” he said.

“The fish caught illegally in our waters compete in the same markets with products from our legitimate fishing companies, and exerts downward pressure on our prices achieved,” Amukwa said.

“The illegal fishing of horse mackerel has the potential to do serious harm to the sector, which is by value the second biggest fishery in our country and therefore impacts substantially on the gross domestic product.”

Foreign vessels are entering Namibian waters from Angola at night to steal tens of thousands of tonnes of fish, especially horse mackerel.

Klazen, however, said his ministry has put in place measures to ensure that illegal, unreported, and unregulated (IUU) fishing activities are prevented and eliminated within Namibia’s exclusive economic zone (EEZ).

Earlier this year, Namibia sought the assistance of Sea Shepherd Conservation Society to use the international non-profit organisation’s ‘Ocean Warrior’ patrol vessel, while Namibia’s only two vessels are under maintenance and repair.

Sea Shepherd was instrumental in the interception of Nata Fishing’s MV Shang Fu vessel near the border of the Namibian exclusive economic zone (EEZ) about two months ago, which led to the discovery and rescue of 48 suspected human trafficking victims.

The company directors, however, deny any wrong-doing. The matter is still under investigation, while the alleged victims are being detained at Henties Bay.

According to Klazen, the detection of illegal fishing vessels during 2021/22 has improved in part because of joint patrol efforts with relevant law-enforcement agencies and international partners.

He said on Friday that the government ratified the Food and Agricultural Organisation Port State Measures Agreement in 2017.

“Our efforts will continue around the clock to apprehend IUU fishing vessels, including fishing vessels who try to enter our EEZ without the required authorisation. The goal is to protect and enforce the fisheries legislations both on capture fisheries and inland fisheries,” vowed Klazen.

He also warned that over-catches should be discontinued as they erode the principle of sustainability.