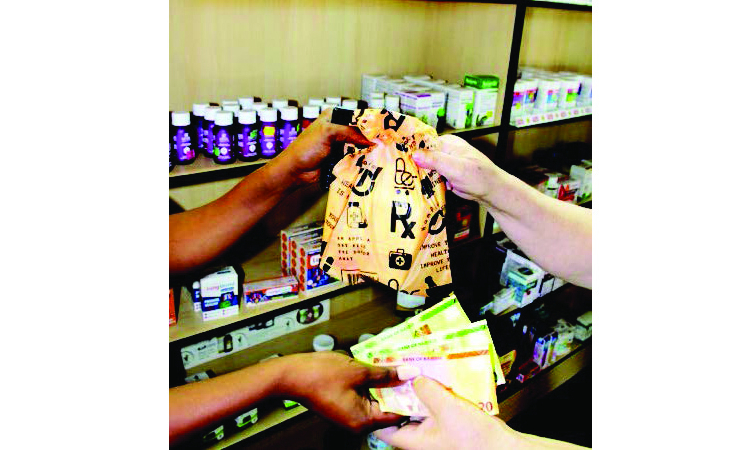 A PHARMACY at Rundu has been asked to pay N$1 million in damages for allegedly issuing a client the wrong fertility medication that lowered his sperm count, making him unable to father a baby with his wife for months.

On 17 October 2022, Fillipus Kavera, through his lawyer Bernhard Tjatjara, wrote a letter of demand to KAVMED Pharmacy.

Kavera is claiming emotional shock and suffering and for damages as per the side effects of the Depo Provera prescribed to him instead of Depo-Testosterone.

In the letter seen by The Namibian, Tjatjara says on 29 August 2022, his client’s wife visited the pharmacy with a medical prescription for Depo-Testosterone for her husband.

However, the pharmacist dispensed the wrong prescription for Kavera, and his wife was given Depo Provera instead of Depo-Testosterone.

“Our client was inoculated with Depo Provera (a contraceptive for females) instead of Depo-Testosterone by his personal doctor.”

Kavera and his wife visited two doctors in Windhoek for a professional opinion to ascertain the side effects of being injected with Depo Provera. It was then established that the Depo Provera administered to Kavera had decreased his sperm value and count, which he had to endure for four to six months.

“Our client expected that the pharmacist would perform her duties with professional skills as is reasonable for a pharmacist, and in the circumstances. We, therefore, hold instructions that our client has experienced and is still experiencing emotional pain and suffering, shock and trauma,” reads the letter of demand.

“In the premises, we have been instructed to demand a total amount of N$1 million in damages, medical, legal and transport costs incurred over the period.”

For emotional shock, pain and suffering, Kavera is suing the pharmacy for N$ 470 899. For the delayed procreation caused by a reduced sperm count and his inability to father a child with his wife for the next four to six months, Kavera demands N$500 000, while for their legal, medical consultation, travelling and accommodation costs, Kavera is claiming N$ 29 100.

The pharmacy was given 30 working days from the date of service of the letter of demand to respond.

“Without admitting any liability in this matter, we have instructions to make the following offer: A lump sum payment of N$30 000 as full and final settlement, all inclusive of legal fees, pain and suffering, as well as medical expenses.

“The offer is valid for a period of 14 days from the date of receipt hereof, failing which the claimants may seek redress in court,” the letter reads.