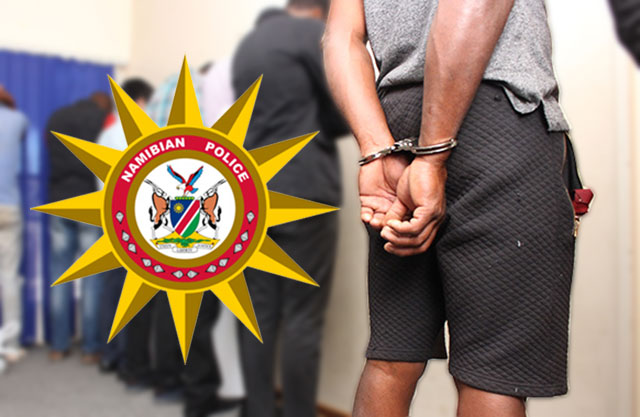 A CASE of attempted rape was opened against a man (33) who allegedly tried to rape an 83-year-old woman at !Goas at Khorixas over the weekend.

According to the regional crime commissioner for the Kunene region, chief inspector Paavo Iyambo, the suspect allegedly entered the woman’s house after her partner, a security guard, left for work.

“The suspect broke the door of the house and wanted to have sexual intercourse with the old woman, who is 83 years of age, but she wrestled with him. A neighbour heard the unusual movement and struggling in the house and came to check, where he found the man naked and trying to undress the woman.”

The suspect then tried to flee, but the neighbour grabbed him and called for help, Iyambo says.

When the police arrived at the scene the suspect, however, tried to flee again and was chased by community members, before being arrested.

He is currently in police custody.

In another incident over weekend, a man (44) was arrested for allegedly being in possession of seven goats at Okatjetje village which were suspected to be stolen.

Iyambo says the suspect was found in possession of the goats and could not explain why they were in his possession.

“According to observations these goats had ear tags, and the suspect removed them as there are only holes,” he says.

Iyambo says the goats are believed to have been stolen from Ombombo and Otjorute villages.

The police are appealing to the farmers who may have lost goats to come forth for possible identification.