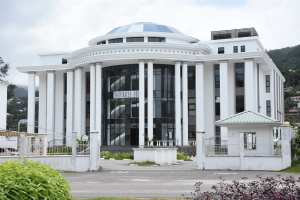 (Seychelles News Agency) – The Magistrates’ Court of Seychelles has approved an order by the police to carry out an autopsy on a 17-month-old baby who died last Saturday.

The police said in a press communique on Monday that an investigation has started in an incident in which a 17-month-old Russian baby, Emelyan Jandurl, died after being left alone in an air-conditioned car in a car park of a gym in the Anse Royale district.

According to the communique, the father of the deceased accompanied by his wife had left their baby in the car to go to the gym. After 1 hour and 30 minutes when his wife returned to the car, she saw that the baby boy was not reacting. She immediately went back to tell her husband and both sought assistance.

All attempts by the doctor and a medical team to resuscitate the baby were in vain.

According to an SBC news report on Wednesday, in its investigation, the police had asked the Magistrates Court, as per normal procedure, to give an order for an autopsy to know the cause of the death of the baby.

The couple had in return made a request to overturn the order through a notice of motion in the Supreme Court through their lawyer Brian Julie saying that they follow the Russian Orthodox religion and that an autopsy is not allowed in their religion. According to the Orthodox Christian information centre, post-mortem examinations should not be performed on Orthodox clergy or faithful “except in the case of suspected foul play” or forensic considerations.

In his response, Chief Justice Rony Goviden said that the motion is not in accordance with Seychelles’ laws.

He said that a notice of motion is not used to start a case but is used in the middle of a case when there is a request and that the decision of the Magistrate is at its own discretion.

The autopsy is expected to be done on Thursday.

The couple and their child had arrived in Seychelles, an archipelago in the western Indian Ocean on January 14 and were scheduled to return home on January 31.

Sri Lanka to cut army by half after financial crisis

UN warns famine ‘at the door’ in Somalia