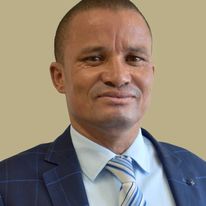 KEETMANSHOOP rural constituency councillor Gerrit Witbooi said he has not received a letter of suspension from the Landless People’s Movement (LPM) and will continue attending the //Kharas Regional Council’s ordinary and management committee meetings.

“I have not received this communique. Perhaps they will give it to me on Friday at the ordinary council meeting, which I will attend as a councillor of the //Kharas Regional Council,” said Witbooi.

The LPM issued a suspension letter dated 8 December 2022, though the stamp on the letter is 23 November 2022.

In the letter, written by LPM leader Bernadus Swartbooi, it states that Witbooi is suspended from all activities of the //Kharas Regional Council for a three-month period.

“This suspension is effective immediately. Your conduct towards LPM is toxic and in the least, dangerous to the values and team spirit of LPM. The party experiences a fundamental trust deficit from you towards the party and its agenda. This is unacceptable,” said Swartbooi.

Since last year, Witbooi has been under fire from the LPM for failing to toe the party line in decisions on whom to appoint to key senior leadership positions in the //Kharas Regional Council.

Witbooi was also reportedly issued with a letter on allegations of abusing subsistence and travel allowances.

The regional council, however, said there is no evidence of such abuse and cleared Witbooi.

Thereafter, it surfaced that LPM second-in-command Henny Seibeb was reportedly threatening Witbooi to resign from the party, saying “the party is done with him, it would be best if he resigned”.

Seibeb said Witbooi has reportedly been threatening party leadership with his resignation for the past two years.