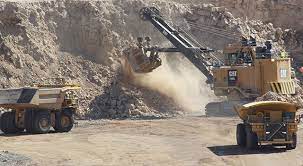 THE Landless People’s Movement (LPM) wants the environment and mines ministries to deny mining company Uranium One, which is currently conducting exploration activities at Aminuis, an environmental clearance certificate.

The head of the LPM’s human rights desk, Joyce Muzengua, yesterday said the operations have a hazardous impact on the Stampriet Aquifer.

“The LPM calls for the exploration and prospecting clearance certificate to be cancelled with immediate effect,” she said.

She said the Ministry of Environment, Forestry and Tourism is in possession of a report by a South African company, which states the mining operations pose a risk to the environment and could have negative consequences for the beef industry.

In an attempt to intervene, the LPM intends to write to the international community to halt the mine’s operations.

The party said it poses a risk to the health and livelihoods of communities.

Environmental commissioner Timo Mufeti said the exploration activities have almost no impact on the aquifer.

“Yes, mining could have a potential impact on the aquifer, but we are not there yet,” he said.

Mufeti yesterday told The Namibian his office has received complaints about mining, but not about the current exploration.

“The exploration does not have an effect on the aquifer,” he said.

Mufeti said if the aquifer is potentially contaminated it would not be due to exploration activities.

“If it is true, we will have to investigate where it is coming from,” he said.

Mufeti denied receiving a report from a Cape Town company on the impact of uranium mining.

“And even if we did, it is not the right time for the report,” he said.

Meanwhile, the Uranium One group, a subsidiary of Headspring Investments, maintains it is taking the necessary measures to prevent any possible contamination of water in the aquifer.

The company says it has monitoring wells in place, as well as third-party laboratories to ensure the water remains clean.

Last week, the company took six Namibian journalists to Kazakhstan to address the concerns of farmers and residents of the Omaheke region.

The group visited the Karatau mine in Kazakhstan, which was established in 2001 as a joint venture by Uranium One and Kazatomprom.

He said the company uses third-party laboratories to test and ensure clean water.

A similar practice would be introduced in Namibia.

Sanarov said there has been no contamination of water at villages since operations have started.

Meanwhile, minister of mines and energy Tom Alweendo says the ministry will continue to monitor Uranium One’s activities to ensure it complies with all the conditions of its exploration licence.

His response follows a question by Nudo’s secretary general, Joseph Kauandenge, who asked in the National Assembly last week why the company is allowed to continue with operations when it has not obtained all the relevant permits for its current activities.