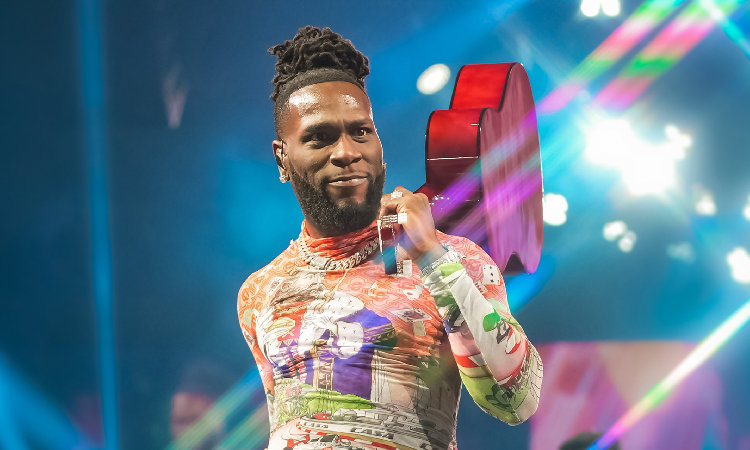 This is my most personal album ever,” says 31-year-old Nigerian superstar Burna Boy about his 19-track ensemble ‘Love, Damini’.

“I felt it was time to let my fans in on the person behind the artist – after everything is said and done, ‘I be common person’, you feel me?”

In an exclusive interview with The Namibian ahead of his stop in the Land of the Brave to promote the project he released in July, Burna Boy makes reference to the song ‘Common Person’, a heart-wrenching ballad on which he laments being an ordinary person with a purpose all his own.

This groundedness is a recurring theme on many of the songs on this latest offering, starting with the title: his name as he signs it at the end of all his letters.

When you take in each chorus, verse, base, trumpet and everything in between, his growth is evident; from the way he uses his voice to how he speaks his truth. It makes it easy to immediately pick up how familiar these experiences and emotions feel. It is a touching body of work that will have you hanging onto every word like poetry, singing at the top of your lungs every chance you get and dancing like you mean it.

“[Love, Damini] brings you all into my head space – when you turn 31 and you haven’t got kids, and everything is going well, it’s time for reflection. That’s basically the process of this project,” he says.

Burna Boy’s journey into himself has produced something that is loved wherever it is heard. His sixth project is the highest-charting Nigerian album to date, debuting at #14 on the Billboard 200, and he has so far toured in the United States of America, the Caribbean, the United Kingdom and elsewhere. You cannot turn on a radio or go to a club without hearing at least one of his songs and his lead single, ‘Last Last’, was included on Barack Obama’s 2022 ‘Summer Playlist’.

For the artist, the positive reaction is more than what he ever could have pictured. Asked if he had anticipated this massive response, he says no, somewhat amused by the question.

“I mean, with music, I listen to my gut feeling and sort of move according to what the spirits are saying, so it becomes whatever it is I’m feeling at the moment,” he explains.

BRINGING DOWN THE HOUSE

Now, he will be stepping onto Namibian soil for the first time, and bringing all that good music and energy with him. Burna Boy promises fans an unforgettable evening.

“It’s going to be an electrifying night of music and performance, you know. So, all I want is for everyone to come out prepared to have such a good time. Great energy is all I need. I’m excited to be bringing down the house in Namibia and to be performing for my Namibian fans,” he says.

Burna Boy adds that he has been looking forward to this trip since 2020, when his visit was originally planned, and that he is interested in Namibia.

“I hear it has the oldest desert in the world! Then I know for a fact that it also has one of the largest concentrations of rock art in Africa and that there are over 20 languages spoken in Namibia as well. Should I go on? The country is a hidden treasure, is all I can say, and I’m honoured to be able to perform there,” he says. “Plus, I hear the most beautiful women on the continent are hidden there,” he adds with a laugh.

As one of the biggest names and hottest acts on the continent, Burna Boy has built a massive international brand that has seen him collaborate with the likes of Angelique Kidjo, Wiz Kid, Beyonce, Justin Bieber, Ed Sheeran, while the legendary Elton John has expressed a desire to work with him.

He has been instrumental in popularising Afropop, Afrobeats and other sounds and rhythms native to his country around the world and in Namibia, with an ever evolving genre that can be described as Afrofusion, with influences from pop, hip hop, jazz and others.

Previous albums have seen songs like ‘Tonight’, ‘Soke’, ‘Ye’, ‘Gbona’, ‘On The Low’ and more catapult him to superstardom and recognition across the globe.

“One thing has to be said, though. I appreciate everyone out there who streams and listens to my sound and I fervently hope you all can find something that resonates with you with each sound, to uplift you to the next levels of our lives. I never take all this love for granted,” he gushes.

If the few sneak peeks we got from this superstar’s tour stops around the world are anything to go by, this will be a memorable experience.

According to Mindscape Events, Sunday’s show will be a “world-class event”. The organisers, headed by Gordon Jay, began setting up earlier this week and implored fans and all attendees to be ready to be on their feet.

As we await the artist’s arrival, Burna Boy has one message for his Namibian fans: “Thank you infinitely for accepting my sound, enjoying it and inspiring me to do better. For your love, I’m thankful. Don’t ever humble your dreams. Find yourself and your sound, even in the loudest room. Do not be afraid to fail, the most important thing is to have the courage to keep walking.”

The ‘Love, Damini’ show will take place this Sunday at Hage Geingob Rugby Stadium in Windhoek. General access tickets are N$450 and golden circle tickets will set you back N$850 on WebTickets, while other options for VIP and VVIP are also available. The gates will open at 13h00.

The official after-party will take place at The Catch in the city centre.

* Anne Hambuda is a poet, writer and social

her online at @anne_hambuda or email

her at [email protected]