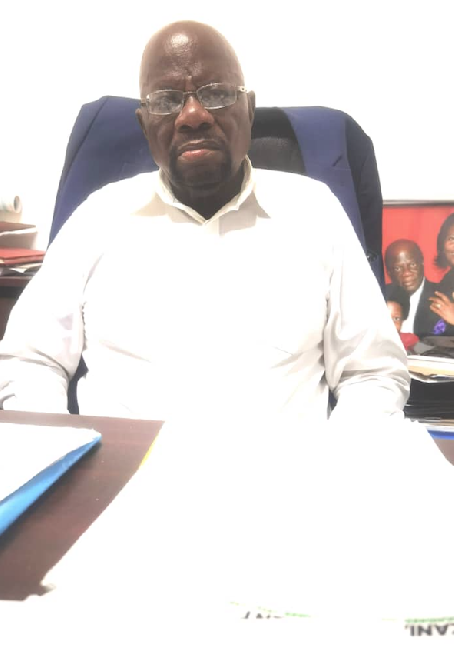 EPL no 5282 in the Kunene region belonged to Windhoek-based pensioner David Shikwambi under his company Landmark Mineral Resources.

This is one of his more than 10 EPLs countrywide.

A further N$500 000 would be spent on a feasibility study in the event of exploration success.

In 2020, Yen 167 changed its name to Mitten Mineral Exploration (Pty) Ltd, and the EPL was transferred to the new company (Mitten).

“I think they (Osino) talked to the mining commissioner and he just transferred the EPL to them (Mitten),” Shikwambi says.

He says he did not support the idea of moving the EPL from one company to another.

Shikwambi further claims he does not own any shares in Mitten.

He says he has lost a lot of money as a result of the name change and transfer of the EPL to Mitten.

According to him, there are gold deposits on that EPL, and he received a signing fee of N$350 000 only.

“This is the minister’s negligence,” Shikwambi says.

A letter signed by the former mining commissioner, Erastus Shivolo, which The Namibian has seen, shows there was a name change only and no need for the EPL to be transferred.

Shivolo in the letter requested the Yen 167 director to submit the original EPL to the ministry to effect the changes.

Shikwambi refused to do so.

Mines ministry spokesperson Simon Andreas has confirmed that Shikwambi is still a 40% shareholder in Mitten.

“On our system, the name change was effected, but the directors are still the same (including Shikwambi). They have never told us anything about directors wanting to change the shareholding structure.

“The only thing that took place was the name change,” he says.

He says this does not affect the licence.

Andreas advises Shikwambi to sort out matters with his partners.

President and chief executive officer of Osino, Heye Daun, says when the company changed its name, Shikwambi agreed to sell his 40% shares to Osino.

“This share transfer has taken place, and Osino is now legally the 100% owner of the Mitten licence. The information at the ministry is thus incorrect.

“It is likely that their systems have just not been updated yet,” Daun says.

According to him, Shikwambi agreed in writing to sell the EPL for various cash settlements, which totalled N$750 000 plus the final 40% purchase price of N$350 000.

“He therefore benefited very handsomely from the staged sale of his EPL to Osino – despite us not having had any material exploration success on the licence so far,” Daun says.

According to him, Osino also paid N$45 000 in licence fees, and another N$5 000 in outstanding fees due to a contract geologist which Shikwambi failed to pay.

Daun says Shikwambi has become erratic and difficult and was demanding that they renegotiate the initial agreement.

“The licence itself had yielded no real success, but just formed part of a package of licences that was important to us.

“More importantly, we were not prepared to be in any kind of business relationship with Shikwambi any longer.

“We agreed to pay Shikwambi that price merely to comprehensively part ways and to be able to terminate the relationship with him altogether,” Daun says.

Pen experiment turned into side hustle