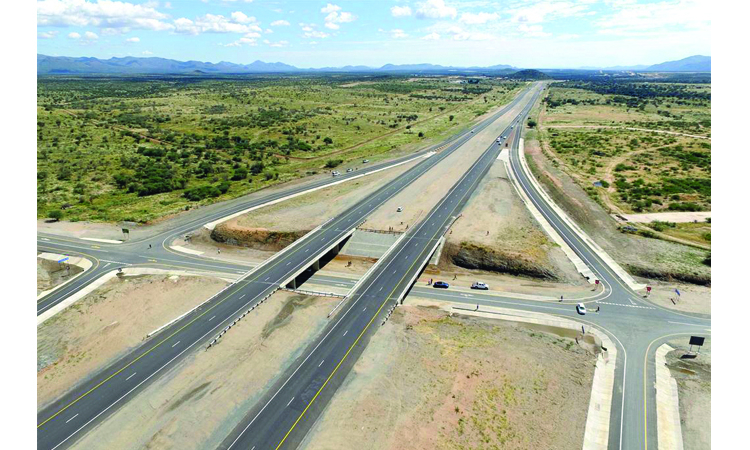 THE Namibian Association of Local Authorities in Namibia (Nalao) is demanding N$1 billion from the Roads Fund Administration (RFA) for urban road maintenance.

They say the money will be spent over a two-year period (2023 and 2024) on road planning, designing, and construction, as well as the maintenance of safe and quality urban roads and streets.

Currently, road maintenance costs are carried by 57 urban centres, although the RFA collects all funds related to road usage from over 400 000 registered vehicles countrywide.

In their proposal, the local authorities through the Ministry of Urban and Rural Development, and the Association of Local Authorities in Namibia (Alan) initially proposed that the RFA allocate N$1 billion from its estimated N$2,4 billion in annual revenue to local and regional councils.

The proposal, which The Namibian has seen, was presented to the RFA by Nalao president Moses Matyayi.

He says the critical need for improved funding to local authorities is urgent and long overdue.

“This proposal should be considered as a basis to stimulate a robust and honest discourse on how best to address the demanding situation in urban centres, and to find a funding allocation pendulum for stakeholders in the road sector,” Matyayi says.

He says local authorities currently require an average of between N$10 million and N$20 million annually for the maintenance of surfaced roads alone.

This excludes the construction of new roads and additions, such as pavements and kerbs.

The RFA is said to currently allocate between N$3 million and N$10 million to local authorities without any regard for varying road-related factors, such as the length, size and number of streets and the road network.

Matyayi wants to know how the RFA decides what local authorities should receive.

“It is with these facts in mind that we submit that local authorities do not derive any revenue from urban roads usage by its residents, visitors or passers-by in order to reinvest into road construction and/or maintenance, except for meager funds from rates and taxes or other revenue streams to cross-subsidise this maintenance.

“This funding trend has proven ineffective, costly and unsustainable to our residents,” he says.

RFA spokesperson Scheifert Shigwedha says the request by local authorities is not sustainable and the RFA will have to find alternative revenue streams.

“There is anticipated diminishing fuel levies due to fuel-efficient cars, electric cars, hybrid cars, etc. Fuel levies have been a major source of revenue to fund road maintenance, and in the near future this will diminish,” he says.

The RFA has a current backlog funding requirement of about N$500 million for urban roads and streets.

It funds and does maintenance to the country’s 49 000-kilometre tar roads, and 39 000 kilometres of gravel and salt roads, which carry 99% of economic goods.

One of the alternative revenue collection methods proposed by the RFA is toll gates, which has been rejected by opposition parties.

The Walvis Bay Corridor Group (WBCG) is currently in discussion with the municipality of Walvis Bay, the RFA and the Roads Administration to upgrade the Hanna Mupetami Road.

It is the most-used road by trucks entering and exiting the harbour to deliver and collect cargo.

WBCG projects manager Gilberts Boois says: “This road carries most of the national cargo, and it is not fair for the municipality to carry the burden of the road alone. It only makes sense for one to upgrade that road to a national road.”

‘After everything I’ve done for you!’