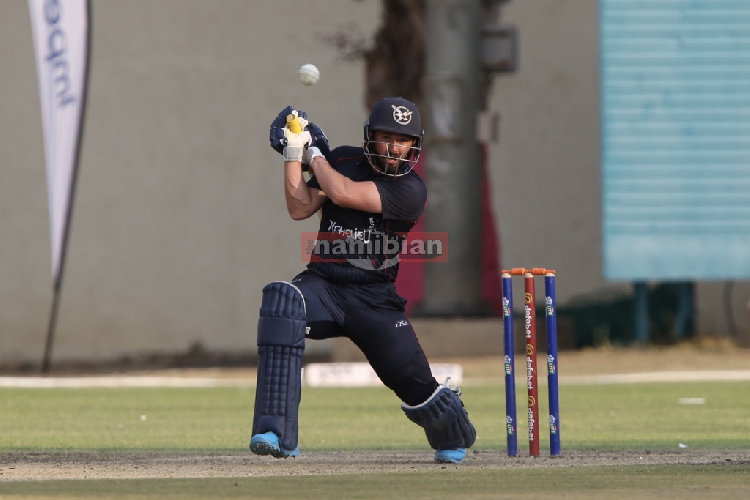 RICHELIEU Eagles Namibia got off to a losing start in the Global T20 series in Windhoek on Thursday when they lost by 18 runs to DP World Lions.

After winning the toss and electing to bat the Lions posted a competitive 183/4 which was just out of reach for Namibia who were restricted to 165/6 off their 20 overs.

The Lions got off to a great start as Cameron Delport and Reeza Hendricks put on 85 runs for the first wicket at more than 8 an over before Delport was dismissed for 42 off 34 balls by Ben Shikongo.

Temba Bavuma maintained the tempo, but it was Hendricks who blasted his way to an impressive 77 off only 42 balls (5×4, 6×6) before being dismissed off Jan Frylinck’s bowling.

Bavuma followed shortly after for 23, while Evan Jones added 22 not out as they reached a formidable total of 183/4.

La Cock batted fluently for his 32 off 24 balls which included three sixes before he was out caught off a top edge, and when Loftie-Eaton was out for 34 off 23 balls (2×4, 2×6), Namibia were still well within the requited run rate at the halfway stage.

Reeza Hendricks won the man of the match award for his innings of 77.