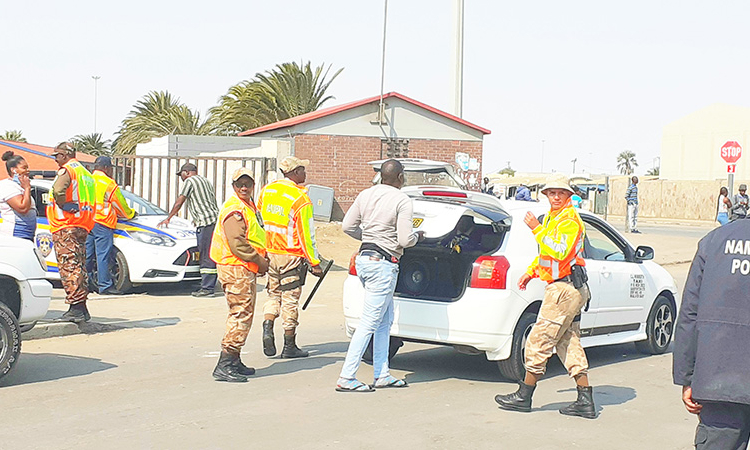 TAXI drivers are increasingly using knobkieries to protect themselves while robbers are using the same weapon to attack their victims.

The Walvis Bay police have confiscated several items that are used as weapons from vehicles during stop-and-search operations this year.

Weapons raising concern include knives, pangas and knobkerries which have been confiscated from taxis.

Erongo police unit commander for community affairs inspector Ileni Shapumba says although no law prohibits keeping items like knobkerries, it is not advisable to buy and use them as weapons.

He says some items may not be viewed as dangerous weapons, but could be dangerous when used in a certain way.

“Taxi drivers are using especially knobkerries to protect themselves, while robbers are using them to attack people. These weapons are a cause for concern, as they are now also used in homes in cases of domestic violence.

“We are also investigating a case where a person used a traditional bow and arrow last week to shoot at another person, but he missed.

“We will not allow people to hurt each other. The aim of removing these items from cars is to promote safety,” he says.

Shapumba says stop-and-search operations will be intensified, especially in preparation of the festive season.

The police are determined to ensure the safety of visitors and locals during the upcoming holiday season.

“Instead of carrying these dangerous items, taxi drivers are encouraged to form a taxi group against crime, which we will support by doing our best to protect them.

“Taxi drivers are urged to avoid transporting criminals,” he says.