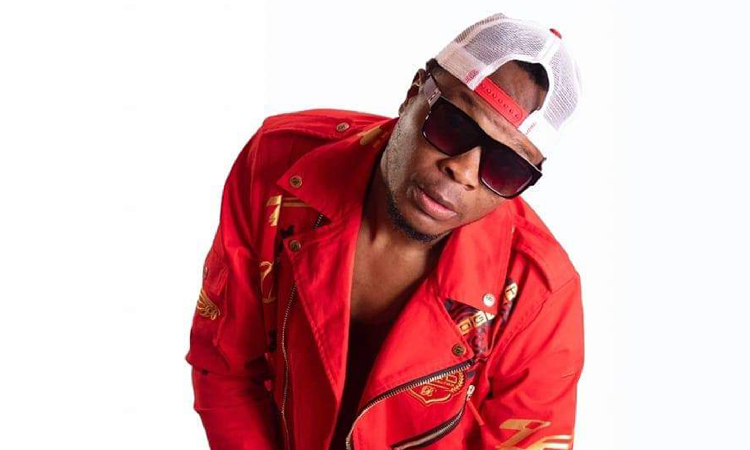 He is one of Namibia’s most enduring figures. Here since the early days of the local music industry, King Tee Dee has grown from strength to strength, been nominated outside the country, won countless music awards, launched successful merchandising brands, collaborated with international acts like Diamond Platnumz, has changed his name, retired, returned and done it all like it was effortless.

I am currently working And through all that, the musician wants to be remembered as someone who is humble.

He especially wants fans to remember he never gave up; was always laughing (we all know the famous chuckle), and, of course, that he carried himself with utmost humility.

All this work over the last 20 years has not been for nought. This month he will be celebrating his life and career once again at his annual SB09 Music Festival at Unam Stadium. What started in 2018 as the 2909 Music Festival has grown into so much more, as a toast to Namibian music and the local industry.

As one of the first local acts to curate and headline an event of this calibre, King Tee Dee continues to push boundaries, dream big and take what he knows is meant for him.

He has been releasing music since the early 2000s. So King Tee Dee can, with pleasure, compare how different things were back in the day to now. He says the climate for artists has changed for the better.

With more buy-in from the general public and the willingness of corporates to bank on domestic talents, King Tee Dee appreciates the shift.

“I think it’s moving in the right direction. In the past, when I started my event, I didn’t have any sponsors and now they are coming on board,” he says proudly.

This year’s bash is a three-day affair. From Friday to Sunday next week, Namibian music will be celebrated like never before. It will be a full weekend affair, according to the artist, to make up for the years the pandemic kept entertainment at bay.

“This is an experience. It’s not just about drinking or getting drunk,” he says about his event, adding that he anticipates this show to impact the industry in positive ways, because it is professionally and well organised. He hopes the show entices not only Namibians, but also other African music lovers.

In the line-up of the show, which King Tee Dee promises will be “proper”, you can expect performances from the likes of PDK, Ethnix, One Blood, Tate Buti, Exit, Skrypt, KP Illest as well as special guest Makhadzi from South Africa, famous for songs like ‘Ghanama’, and, of course, King Tee Dee himself.

The headlining artist, who is also an entrepreneur and philanthropist, promises his eager fans a safe, crime-free night of surprises and good vibes.

According to Ilke Platt, the founder of Poiyah Media, which is serving as the festival’s public relations agency, supporters of the event always appreciate the environment the team creates.

“The music fest has always delivered. We’ve always had a great attendance in terms of audience and we’re so proud of that. The fans, not only of those under the Mshasho label, but also of all the local artists that are performing, always show up. They always support and we’re grateful for that,” she says.

The affair will include food and drink stalls by small and medium enterprises (SMEs), music and a charity soccer tournament.

“We’re just glad we can also afford the opportunity for our vendors. We have over 60 SMEs showcasing their products and services and that is a good indicator that we’re also bringing business to entrepreneurs and helping the ecosystem,” Platt says, also promising tight security and a safe and enjoyable experience.

A portion of the proceeds will go towards a non-profit organisation chosen by the Mshasho Trust Fund and will be used to support orphans and children who have lost their parents to HIV-AIDS. This cause has always been important to the kwaito star, being an orphan himself who understands the stigma and discrimination AIDS orphans face daily.

As an influential figure in Namibian pop culture, King Tee Dee understands how vital his role is in shifting the narrative and bringing people together. All this is possible because of the work he has done and he boldly asserts that his unwavering spirit has been the secret to his success and the longevity of his career.

“I’ve a hunger to succeed, and I feel like I haven’t done anything yet. I always want to beat my previous record and whatever I’ve done in the past,” he says.

The artist has achieved a lot. From pioneering the industry, inspiring a generation of artists and creatives, remaining relevant, always staying true to himself and not being afraid to assert himself as a key player, King Tee Dee seems to just be getting started, and his annual music festival is but one of many elevations in his long career.

Previous years have been all too much fun, and we anticipate nothing short of the same next week.

To bag your own entry tag, you will have to fork out N$100 per day or N$120 for the whole weekend, while VVIP tickets are going for N$2 500. This will entitle you to a complimentary liquor bottle and access to exclusive seating. Entry into the soccer tournament is closed, though you are still welcome to show up and support the teams who will be playing throughout the weekend during the day.

Catch King Tee Dee and his activation team out on the streets. Tomorrow (17 September) they will be at Jokers in Windhoek, giving away up to 200 tickets for the show. Many fans have already been showing off their tickets on social media and counting down to the fast-approaching show.

The anticipation is palpable, especially from the man himself.

* Anne Hambuda is a poet, writer and social commentator from Windhoek.  Follow her online or email her at  [email protected] for more.