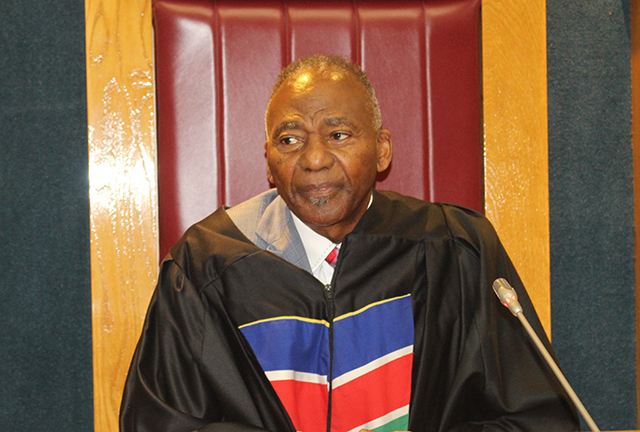 THE speaker of National Assembly, Peter Katjavivi says he will not allow further debate on the matter in which opposition parties felt insulted by the deputy minister of works and transport, Veikko Nekundi.

Katjavivi said he has taken note of what Nekundi said in his statement last week including referring to opposition parties as “hypocrites” and “opportunists”.

The speaker said he further took note of phrases and words used by Nekundi such as “in comparison to this budget, the PDM was a criminal budget, it was a genocidal budget, finish and klaar”.

Opposition members who accused Katjavivi of persistent bias against them have vowed to stay away from parliament, until Katjavivi rules Nekundi’s remarks as “unparliamentary and out of order”.

However, Katjavivi said in a statement on Tuesday that it is inappropriate for opposition members to suggest that he is biased against them for failing to call Nekundi to order.

“Once again, I am appealing to all of us to be sensitive to each other, cautious of each other’s beliefs, respectful to one another in all engagements and to be conscious of our status as honourable members. That is my ruling on this matter and I will not allow any debate on this,” Katjavivi said.

The speaker stressed that members have in the past used words like murderers, thieves, puppets, liars, and sell-outs, which sound insensitive.

“Our rules, in particular Rule 116 (e), prohibit members from using offensive and unbecoming words. I have on numerous occasions reminded members to refrain from using words that might not be prohibited but sound insensitive to others,” he said.