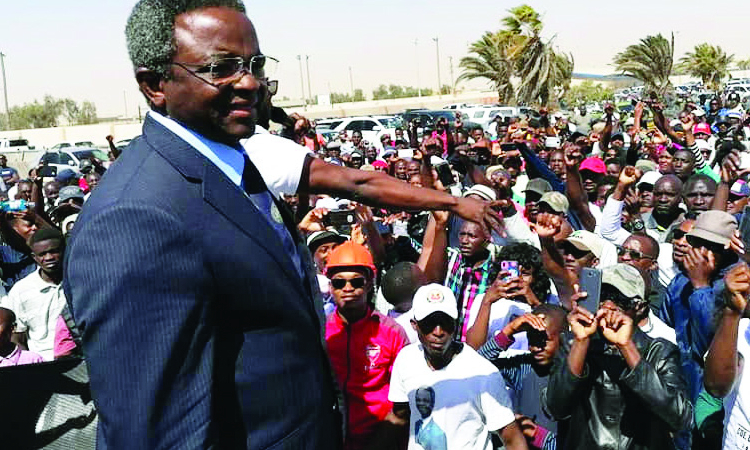 THE Independent Patriots for Change (IPC) will on Saturday officially unveil incumbent leader Panduleni Itula as its party presidential candidate for the 2024 presidential elections.

The party plans to unveil Itula at a public gathering at Okandjengendi at Oshakati. The event will coincide with the Swapo party congress in Windhoek, at which the ruling party will elect its new leadership.

“We are introducing our chief patriot, who has been elected by the members of the party as its presidential candidate,” said IPC secretary general Christine Aochamus.

Aochamus told The Namibian that the upcoming event is significant on the IPC’s calendar.

“We see this as significant because right now, I believe the IPC is the only party that has a candidate for the 2024 presidential elections. Everybody else is still sorting themselves out, so they can hold their congresses and identify their candidates. But we are done with that in April.”

Close to 700 Swapo members are gathering in Windhoek for the party’s seventh elective congress, that started yesterday. The ruling party will elect new leadership for the next five years, including its presidential candidate for the upcoming elections.

“We have a calendar of events, it is not something we agreed on last night,” Aochamus said, clarifying that Itula’s unveiling was not organised to coincide with the Swapo congress.

“We are going to introduce our candidate to the membership of the party and we are also going to make sure that everybody who believes in the ideals and the principles of the party is present at the event and engages with the leadership. They can ask questions, they can contribute to what we are collecting in terms of our manifesto,” Aochamus said.

Itula founded the IPC two years ago, after unsuccessfully running as an independent candidate in the 2019 presidential elections.

Aochamus noted that the IPC has managed to make inroads in local politics since its formation, including winning seats in 37 of 57 local authorities.