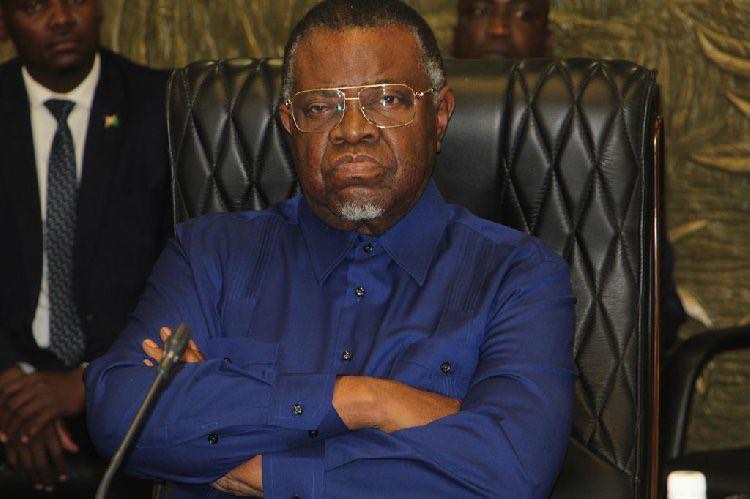 PRESIDENT Hage Geingob on Friday expressed sympathy with the jailed Fishrot accused and called for the review of the judicial system.

“It is not a joke to see your comrades, people you brought to be in jail. And, unfortunately, for our justice system, you are locked up first […] they have to charge you. You lock up and you look for evidence. People sit three years in jail not being found guilty. Our system must be revisited,” Geingob said during his opening address at the Swapo congress in Windhoek.

Geingob was, however, quick to point out that the law must take its course and the accused must serve their sentences, if found guilty.

“Our judiciary is independent and our prosecution system is free from political interference, which is why Namibia is listed by Transparency International and many other indicators as one of the best-governed countries in Africa,” he said.

Geingob defended his decision to remove former justice minister Sacky Shanghala and fisheries minister Bernhard Esau from his cabinet when the Fishrot saga emerged in 2019.

“Today, they are in jail awaiting trial,” he said, adding that Swapo also stated its position regarding Fishrot

Parliament service commission on the cards

The Eagles’ Baptism of Fire