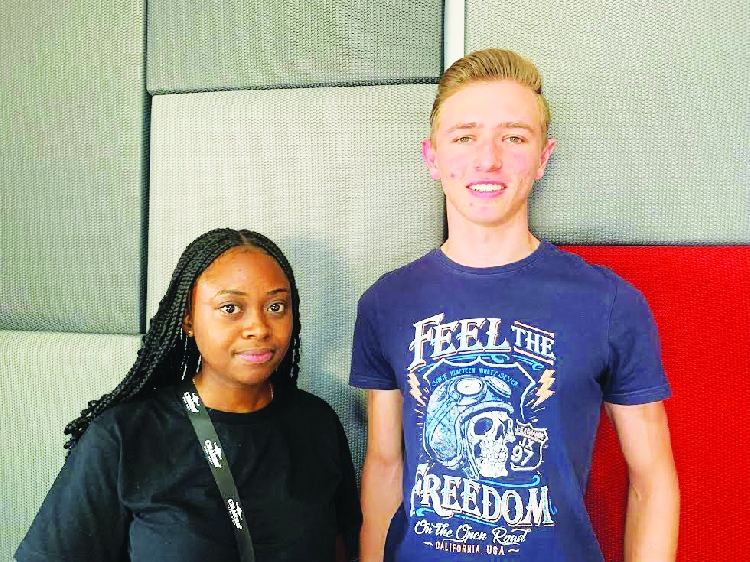 SOME of the National Senior Secondary Certificate Advanced Subsidiary (NSSCAS) level top 20 performers say the road to success was not easy.

Max Feilmeir from Delta Secondary School ranked first out of the top 20 AS level performers nationwide. He said he never thought he’d be a top performer, after feeling demotivated after the exams.

He describes the chemistry practical as one of the hardest exams, and said he had to rely on other sources such as the internet to help him understand what he learnt.

Feilmeir will be taking a gap year before attending university in South Africa to study engineering.

De Christa Mahoro, who ranked sixth in the top 20, also felt discouraged after the examinations and never expected to be one of the top performers.

“Some of the exams did not go well, especially the practicals,” said Mahoro, who has been a top performer since primary school.

Mahoro said the AS syllabus had a lot of work to cover in a short amount of time and there was a lot of pressure.

“I think the AS level curriculum was implemented too fast, because I noticed that some teachers were not prepared for this curriculum, so some of them were learning along with us,” Mahoro said.

She was also hampered by a lack of textbooks and had to use alternative learning materials, she said.

Mahoro plans to study engineering at the Namibia University of Science and Technology this year.

The results have been severely criticised by different stakeholders, with calls for urgent remedies.