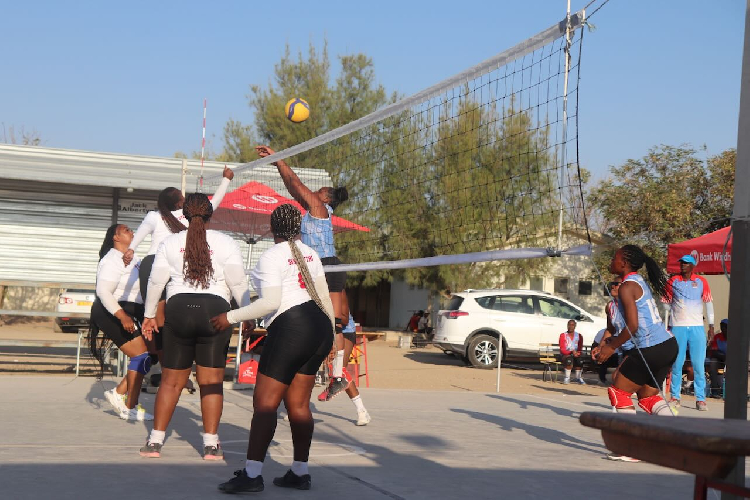 The Fin is in the country on a three-month mission and has so far been impressed with what he has seen, he said over the weekend.

“I’ve been sent by the International Volleyball Federation to Namibia to identify talent for the national team and a coaching project,” Ramdoo said.

“We’ll try to have a mixture of young and old experienced players to balance development. Hopefully, we’ll see and confirm those players in the next round and finals.”

“We were able to win two games against NDF and Erongo Nampol. Today [Saturday] we played the quarter-finals against Six Stars.

“It was a tough match indeed, since both teams were well prepared. My team was able to come out victorious,” Manuel Mashlo of Unam Vipers said.

“Hopefully with the scouting that has been happening, one of my teammates will be be scouted, because I know there is a lot of potential in the Kavango regions.”

Kudos will face Beaufort, while NDF will take on Revivals.

“The games were quite tough. Not really tough in terms of the competition, but the weather was a bit different from what we’re used to in Windhoek. We usually play indoors,” she said.

“Here it was very very hot. We needed to drink a lot of water, and that made it a bit difficult. It seems most of the clubs that came from outside Windhoek were used to these conditions and they gave us a bit of a tough time.”

The added incentive of earning a national team call-up has resulted in intense battles, Wayiti said.

“But we won all our four games and we’re excited for the semis. The team we’re meeting in the semis is also bade in Windhoek, so that’s also a bit difficult,” Wayiti said.

Navachab Half Marathon looks to upgrade