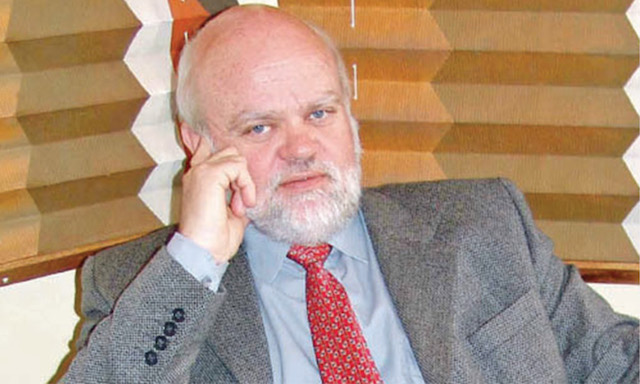 THE GLOBAL ECONOMY is not in great shape, with many countries edging towards a recession and others preparing for lengthy periods of no, or at best, low economic growth.

There are exceptions, however.

A notable one is India, the world’s largest democracy, with a population of 1,38 billion people – the second-most densely populated country on the planet after China.

All these countries presently have limping or wobbling economies.

In contrast, India is one of the fastest-growing economies.

Judging by GDP, India’s economy is larger than those of France, Italy, and Canada.

The size of a country’s economy is measured by its GDP, which is defined as the total value of goods and services produced over a set period of time, usually a year.

GDP is also used to rank a country’s economy against other countries.

My first visit to India in the late 1980s was an experience to behold, and from an entrepreneur’s viewpoint, it certainly was a wake-up call.

I was put off by the hordes of beggars, many women with infants, knocking on our car’s window, pleading for handouts.

People of all ages criss-crossed roads, seemingly oblivious of the oncoming traffic, and on the roads vehicles were standing bumper to bumper, jam-locked and hooting pointlessly.

It was quite scary, but one gets accustomed to the population density, deafening noise, and dust. And soon one’s attention is captivated by the buzz of people plying their merchandise in shops and at stalls.

On subsequent visits I fell in love with India’s rich culture, mouth-watering cuisine, and entrepreneurial energy.

To my surprise I discovered manufacturers of quality and competitively priced products, and soon established solid business relationships.

How has India bucked the global economic slowdown to become one of the world’s fastest-growing economies?

Sourcing fossil fuel from Russia at a favourable rate has helped curb costs for consumers.

This must be an important factor, considering the mammoth daily offtake for liquid fuel and gas by consumers in India’s populous economy.

The country produces enough for its own needs and is also a net exporter of food.

The rapidly growing industrial sector is now a significant GDP contributor and has created many new jobs.

Products made and exported include vehicles, generic pharmaceuticals, vaccines, textiles, jewellery, and smartphones.

India’s tourism sector has made a significant contribution towards the country’s economic rebound after the Covid-19 pandemic.

Considering the hugeness of India’s economy and smallness of Namibia’s, is there really any lessons to be learnt?

Indeed, and the first one is to liberalise the economy, making it easier for entrepreneurs to start and grow businesses, thereby growing the small and medium enterprise sector.

India staunchly supported Namibia before and after independence; now may be the time to solicit advice from this old friend.