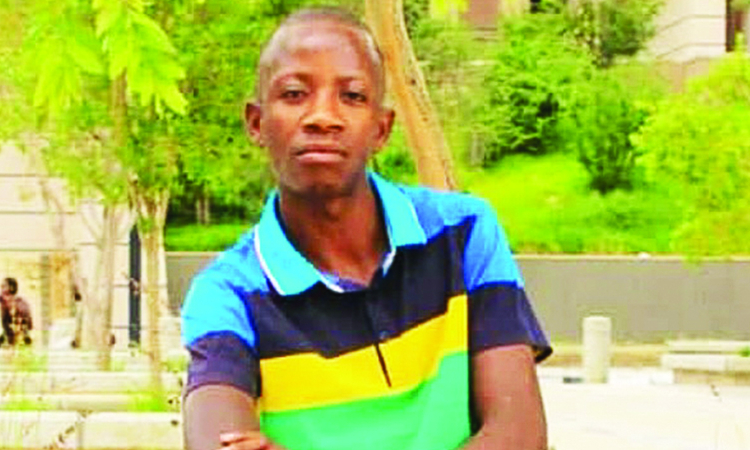 THE taxi driver who returned N$8 000 a customer had forgotten in his car two weeks ago, says he did not take a cent, as he believes in earning money the right way.

Nico Sibolile yesterday opened up about what was going on in his head when he realised Katrina Aboas had left a handbag full of cash in the back of his taxi at a service station in Windhoek.

He admitted that he opened the bag to see what was inside. When he realised there was money, he decided to return it to the owner without attempting to count the notes.

“Even though I saw such a large amount of money, I was not tempted to use it as I prefer getting my money the right way,” he told The Namibian yesterday.

Aboas, a Groot Aub resident, realised she had left her handbag in Sibolile’s car after he dropped her off at Wika Service Station in Windhoek. She later went to report it to the City Police, who managed to trace Sibolile.

An emotional Aboas gave Sibolile a hug and a N$30 reward for returning her money. Aboas had told The Namibian that the money was meant to buy the coffin of a child she had raised.

Sibolile says he transported 67-year-old Aboas and a young man from Grove Mall to Wika Service Station. He says during the ride to the service station, they shared casual conversation and jokes. Upon dropping the two at Wika Service Station, he picked up other customers headed to Otjomuise.

“These two customers were sitting at the back [of the taxi] and they started asking each other if the bag belonged to the other. When I saw the bag, I realised it belonged to Aboas, so I took it so that I could return it to her,” he said.

He then decided to drop off the two customers at their destination and return to the service station, hoping to find Aboas there.

“On my way to return her bag, the City Police called me telling me Aboas was there [at their office] as she told the police that she forgot her bag in the car. Instead of going to Wika, I told them I will return it to her at the [police] station,” he said.

He suspects the police got his details by checking the cameras and looking at the numbers of taxis.

NOT THE FIRST TIME

Sibolile, a taxi driver of 10 years, said this was not the first time the City Police called him about customers forgetting their items in his taxi. He always returns lost items to their owners, he says.

He also remembers an incident when a customer left two big bags of shoes for sale in his taxi. “I returned the bag,” he said. City Police Abraham Kanime confirmed that Sibolile had returned Aboas’ money in full.