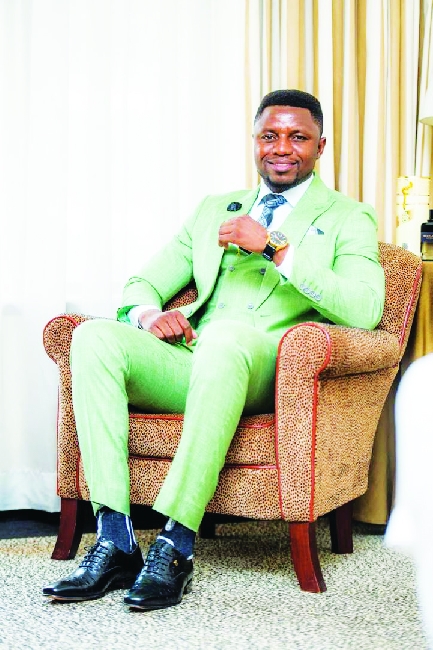 This is what Japhet Johannes of the New Jerusalem Ministry of God of all Nations, a Rundu-based ‘pastor’, told his followers on 1 January on his Facebook page. However, Helena Jacob, who invested N$10 000 in a cryptocurrency investment programme called Trongrace, trading in TRX and reportedly run by Johannes, fears she will never get a return on her investment.

Thousands of people from all over the world have invested in this scheme by November last year, with amounts reportedly running into millions.

Johannes on Thursday said he does not owe anyone anything, because he didn’t invite them to join the platform. “I never took anyone’s money. Those people who are saying I have their money, it is not true. They are lying,” he said.

He said he started the platform in September 2021 while in Malawi. In the same year, Johannes allegedly became a millionaire through the same platform, which was not known in Namibia.

He said the platform does not require anyone to send money to recruiters. He said money was withdrawn from the platform by “other people”, because it is a “collective wallet” that changes many people’s lives.

“I have also lost many times in cryptocurrency. It’s part of the business,” he said.

Johannes said they show people how to join the platform independently. He said cryptocurrency trading is not illegal in Namibia, adding there is a machine where traders can withdraw their money at Maerua Mall.

Jacob joined the scheme in August last year, with promises of profits of 300% in just six months, a 20% referral rewards commission from all levels up to 11 generations, and 1% to 2% every 24 hours. “I could see my money growing on the portal. I was also making money from referrals. One day at the end of November, I wanted to withdraw, but when I viewed the portal, there was a zero balance,” she says.

She says the explanation given was that people had been withdrawing overnight, but money would be made available to investors in December.

That, according to Jacob, never happened. She says one of her referrals invested over N$40 000, which he desperately needed because he took out a loan to do so.

Mark Thidjukwe of Rundu, who says he invested N$1 500, was told the system “did not absorb” him. Thidjukwe says on the day the money disappeared from the platform, the normal invitation messages had an insulting tone. “He started posting messages saying some of us were not ‘nicely absorbed’, saying the platform is for business-minded people,” he says. Those who have lost money are currently seeking legal advice.

The Bank of Namibia has been running campaigns warning the public against participation in unlicensed financial schemes promising high returns, as well as those using digital media platforms for transactions.

The BoN has also warned against financial schemes requiring members to recruit others or asking for joining fees.