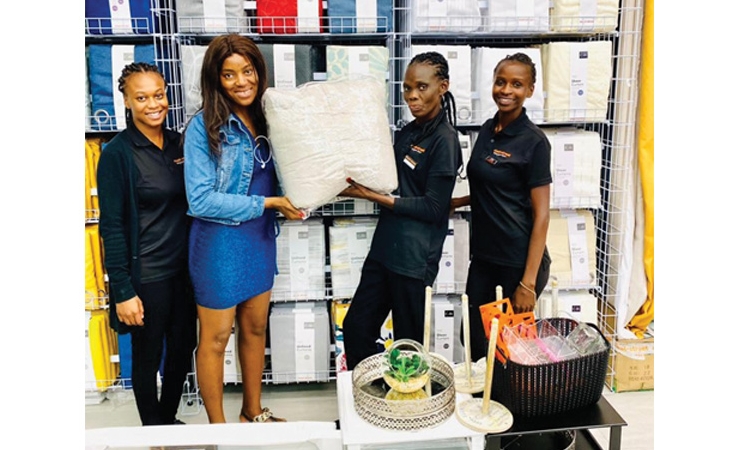 The items received will be donated to less fortunate families in the Oshana region.

Speaking during the handover, Sheet Street store manager Thresia Hangomo said the company believes in giving back to the community, especially to the less fortunate.

“We are glad to be in partnership with the Rob Youth Foundation,” she said.

The foundation’s Oshana regional manager, Anna Shikulo said it was a welcome gesture that would set an example to other companies to assist those in need.

“Thank you for making our corporate operation so effortless, for the donations, and for setting a positive example to other companies.

“This not only sets an example within the region, but to the entire country, that giving to others who are not fortunate enough to have something is a good gesture,” she said.

Shikulo said this was the beginning of a journey to empower and assist those in need, and the foundation hopes to nurture the partnership.

Last year it collaborated with the Ministry of Education, Arts and Culture in a nationwide campaign to provide the less fortunate with sanitary pads and toiletries.

It also has been donating healthcare packages to pupils with disabilities countrywide.

Geingob calls out name-droppers ahead of congress