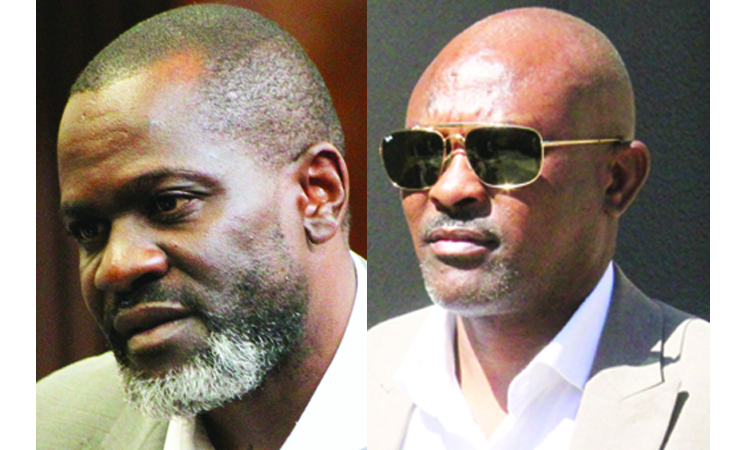 ONE of the key figures in the Fishrot fraud and corruption case, James Hatuikulipi, and a co-accused are due to go on trial in February next year in connection with an alleged attempt to bribe an Anti-Corruption Commission (ACC) investigator.

Hatuikulipi and police reservist Sakaria Kokule, who are jointly charged, were informed during an appearance before magistrate Jozanne Klazen yesterday that their trial is scheduled to start on 22 February.

The trial date was decided after Klazen refused an application by Hatuikulipi for his trial to be separated from that of Kokule.

Hatuikulipi’s defence lawyer, Gilroy Kasper, argued that Hatuikulipi’s trial would be delayed if he and Kokule remained jointly charged, due to a special plea that Kokule plans to raise and which would take time to be decided first.

In her ruling on the application yesterday, Klazen found that a separation of trials would not be in the interests of justice and that Hatuikulipi has not shown he would face probable prejudice because of a joint trial.

She also noted that Hatuikulipi and Kokule are alleged to have had a common purpose when the offences they are charged with were committed.

Hatuikulipi and Kokule are facing a charge of corruptly offering gratification to an ACC officer, alternatively improperly influencing an ACC officer, or bribery, and a count of attempting to defeat or obstruct the course of justice.

The state is alleging that Hatuikulipi and Kokule tried to bribe an ACC investigator on 20 January 2020 by offering him N$250 000 for four bank cards and a document that had been seized by the ACC during its investigation of the Fishrot case.

It is also alleged that the two men tried to get hold of the four bank cards and the document in an attempt to interfere with the investigation of the Fishrot case, in which Hatuikulipi is one of the accused, and to destroy evidence in the matter.

A third person, Windhoek resident Jason Iyambo, was initially charged with Kokule and Hatuikulipi. Iyambo admitted guilt on a charge of attempting to obstruct the course of justice in November 2020. He was sentenced to 18 months’ imprisonment, of which nine months were suspended for a period of five years, after he pleaded guilty.

Hatuikulipi and Kokule denied guilt on the charges before their and Iyambo’s trials were separated.

Kokule’s defence lawyer, Jermaine Muchali, has given notice that Kokule will claim that the court does not have jurisdiction to try him on the charges he is facing. That claim is based on a section of the Anti-Corruption Act that states that no criminal proceedings may be instituted against an informer of the ACC or someone who assisted the ACC in an investigation, except if the person has disclosed false information to the ACC.

Kokule, who was arrested in January 2020, has been held in custody since his arrest.

Hatuikulipi has also remained in custody since his arrest near the end of November 2019 on charges in connection with the Fishrot case.