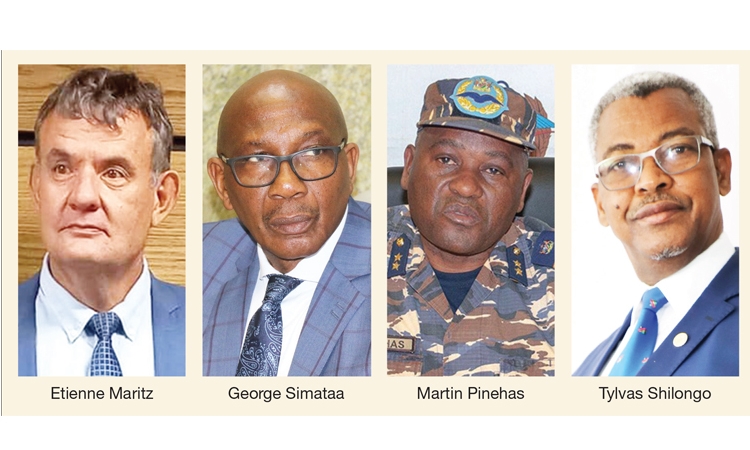 THE government has extended the employment contracts of a group of top officials who are due to retire after turning 60.

At least four government bigwigs have reportedly been granted extensions to remain in the civil service beyond the age of 60.

This comes as the government takes a firm non-negotiable stance to sending officials over the age of 60 into retirement.

The hard stance has also been a result of the government desperately trying to cut its wage bill.

Geingob has over the years called on young people to create their own jobs rather than looking to the government.

He has also been quoted in the media saying that the government is not an employment agency.

This also comes after the government was dragged to court by two former permanent secretaries (executive directors) who felt they were unfairly pushed out of their jobs.

The two, Joseph Iita and Erastus Negonga, dragged the government to court in 2015 to halt a decision not to extend their employment contracts after turning 60 that year.

ACC executive director Shilongo had made his 24-month contract extension public in July 2022.

He was quoted in the media saying his appointing authority asked him to stay on after he had already packed his bags and left the office.

Shilongo previously worked as senior general manager at the Namibia Central Intelligence Service before making the switch to the ACC two years ago.

Secretary to Cabinet Simataa, who is the appointing authority in this case, also saw his contract extended for an unspecified period.

Simataa was due for retirement in February 2020, with a farewell party reportedly planned by the prime minister’s office at Okapuka Safari Lodge outside of Windhoek.

Simataa is considered to be one of Geingob’s trusted officials and it is speculated that he will stay on until the president’s term ends in March 2025.

Questions sent to both Simataa and Shilongo were not answered.

He confirmed to The Namibian that he was reappointed until January 2025.

“I would like to kindly refer you to the secretary to the Cabinet to provide both the context, insight and rationale for this extension,” said Maritz, adding that he continues to remain committed and ready to serve the public service and the country.

He took office early in 2020 after spending close to a year acting in the same capacity. Just before his substantive appointment as NDF chief, Pinehas was heavily criticised for deploying soldiers onto the streets and raising the country’s security alert following the 2019 National Assembly and presidential elections.

His detractors accused him of trying to impress Geingob in order to secure his appointment as NDF chief.

Simataa yesterday confirmed that his contract has been extended.

This can only be done with the approval of the prime minister upon recommendation of the Public Service Commission.

Simataa disputed claims that the government forced ordinary civil servants into retirement or early retirement, and called such statements false.

“The government has never forced any staff member into retirement. The law is clear that upon reaching 60, a staff member ought to retire – unless the prime minister wishes to retain such a person,” he said, adding that early retirement starts at 55 and that it is up to the individual official to take.