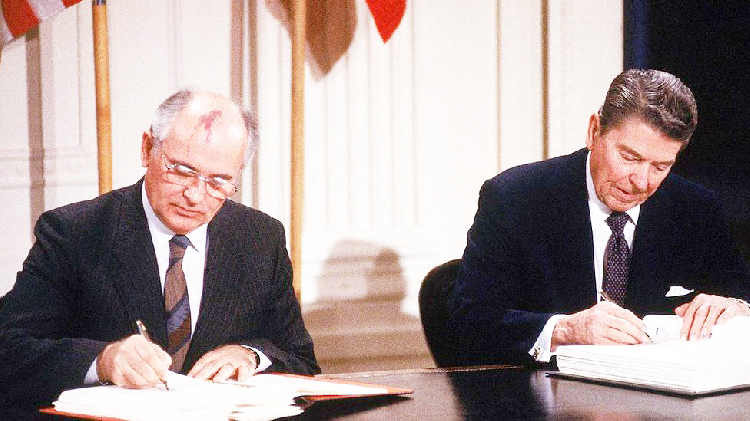 INSTITUTE for Public Policy Research (IPPR) executive director and political analyst Graham Hopwood says Mikhail Gorbachev, who yesterday died at the age of 91, was a pivotal figure during the changing global politics of the 1980s, and that his geopolitical changes facilitated Namibian independence.

Gorbachev was the last Soviet leader who brought the Cold War to a peaceful end.

He took power in 1985, opened the Soviet Union up to the world, and introduced a set of reforms at home. But he was unable to prevent the slow collapse of the Soviet Union, from which modern Russia emerged.

“He wanted to open up the Soviet Union through glasnost and perestroika rather than bring an end to it, and it happened,” Hopwood says.

“Many eastern European countries that are now independent, working democracies, will forever be grateful for Gorbachev’s role in removing Soviet domination and allowing democracy to develop.

“However, the changes have also led to instability in countries like Ukraine, and to the ‘strongman’ politics we now see in Russia and Belarus,” Hopwood says.

He says in Namibia, Gorbachev’s geopolitical changes facilitated Namibian independence, although there were other crucial factors, including South Africa getting bogged down militarily in southern Angola, Swapo’s diplomatic efforts, and the heightened internal resistance in Namibia.

“The timing and the fact that things moved quite quickly in the period from 1988 to 1990 had a lot to do with the changes in the Soviet Union under Gorbachev,” he says.

Acting head of multilateral relations and cooperation in the Ministry of International Relations and Cooperation Jerobeam Shaanika says the role Gorbachev played in ending the Cold War cannot be underestimated, and there is evidence that steps he has taken points to the role he played.

“He was the last leader of the Soviet Union, from 1985 to 1991. In fact, this was a short period to carve out a foreign policy image in, but he played a significant role in ending the Cold war,” he says.

Shaanika says when Namibia attained its independence, Gorbachev contributed to the end of the Cold War, which also minimised tensions everywhere in the world.

“You cannot put Gorbachev in the same category as Fidel Castro. That’s a fact.

“Gorbachev is also not Leonides, but he was part and parcel of the system that supported the liberation struggle in Namibia and in southern Africa, as well as in Africa and worldwide,” he says.

Shaanika says Gorbachev became the general secretary of the Communist Party in 1979, which was very significant in the foreign policy of Russia and Soviet intervention in Afghanistan.

“In 1987, to be precise, on 8 December, Gorbachev and Reagan, who was the president of the United States, signed the intermediate-range nuclear forces treaty.

“The treaty required that the Soviet Union must eliminate its nuclear and conventional ground-launched ballistic and cruise missiles with a range between 500 and 5 500 kilometres,” he says.

Former prime minister Nahas Angula says the disintegration of the Union of Soviet Socialist Republics was a disappointment to many people.

He says the war between Russia and Ukraine is due to Gorbachev.

“The ongoing war between the two sisterly countries is the result of Gorbachev’s policies. That is what I can say,” he says.

‘They will be welcomed back’