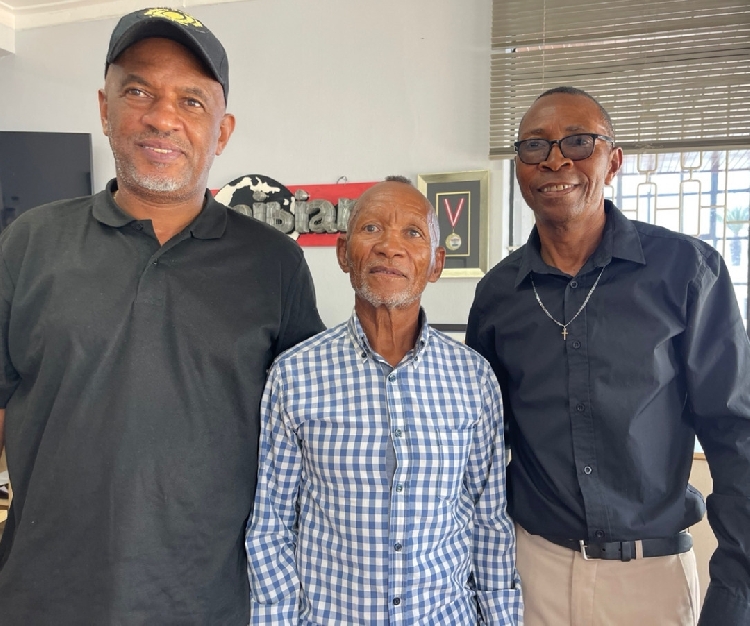 AFTER getting the Namibia Football Association endorsement, the Namibian Golden Oldies plan to assemble a team through trials for players aged 60-plus before touring South Africa.

The tour is set for sometime March, while the trials will be held at the end of this month.

“We would like to encourage those who want to be part of the team to get in touch with us,” said the Golden Oldies chairperson John Ramakhutla.

The veterans reached out to NFA for support and sourcing a sponsor for the exercise.

“We’re positive we can get sponsorship for this tour and keep our retired former stars in the public eye, while entertaining football lovers,” said Ramakhutla.

“NFA, as the regulator of Namibian football, invests a lot in youth football development. However, NFA does not turn a blind eye on retired football lovers, who still love our game,” said NFA interim general secretary Jochen Traut.

“I would like to confirm, through this testimonial, that the Namibian Golden Oldies Football Club draws its players from all 14 regions of Namibia, and they are former players who still love and play the beautiful game of football,” Traut added.

“In this regard, NFA supports the initiatives of the Namibian Golden Oldies and encourage any further support they can get to promote football at mature level.”