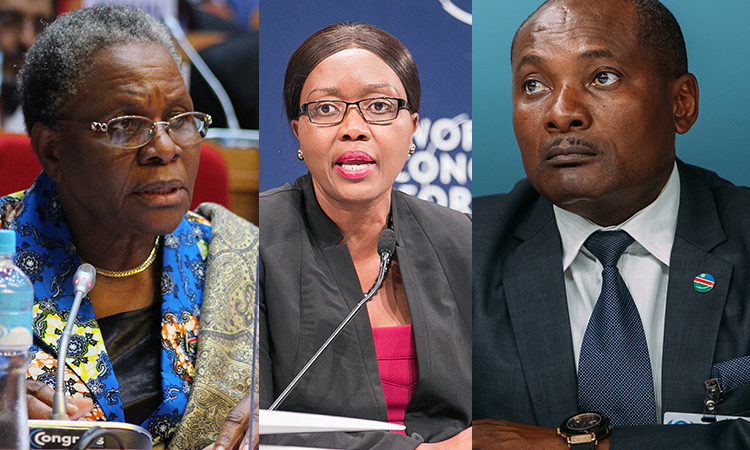 THE Swapo vice president race has become the subject of online betting, with punters placing their bets on who between international relations minister Netumbo Nandi-Ndaitwah, prime minister Saara Kuugongelwa-Amadhila and environment, forestry and tourism minister Pohamba Shifeta will win.

Punters can also place their bets on who will win the Swapo secretary general race between the incumbent Sophia Shaningwa and Oshikoto regional coordinator Armas Amukwiyu.

The Swapo congress started in Windhoek yesterday and will end on Sunday.

The online betting is taking place on the PstBet website, a business run by Steve Amunyela.

Amunyela told The Namibian that the betting started on Wednesday and will end on Saturday at 18h00.

Amunyela said they also had online betting for the 2019 national elections, as well as the recent American midterm elections.

“We can do any election,” he said.

He added that betting is unpredictable as one may say a particular candidate is going to win, but it turns out to be another candidate that gets past the line first.

He said Nandi-Ndaitwah is perceived to stand the best chance of winning, after polling people countrywide.

He said his idea to put the Swapo congress on the betting platform is not about making money, as betting is a risky business.

“Let’s say we get more people betting on Nandi-Ndaitwah and Kuugongelwa-Amadhila or Shifeta wins, you won’t make profit, and this is how betting works. It’s not really to make a profit… There are still those who don’t understand what betting is,” he said.

The businessman said politics was added to the online betting platform to show people how betting works.

The Namibian reported early this month that an unemployed resident of the Havana informal settlement in Windhoek became an overnight millionaire last month after winning N$3,7 million on a sports bet.

He used his last N$4 to fill in a Soccer 13 form, on which punters had to predict the results of 13 English Premier League and English Championship matches.

Michael Graf, who is the managing director of Luckybet Entertainment cc, told The Namibian in January this year the profit margins in the sports betting industry are lower than in most retail businesses.

“We had a month where the payout from a shop was higher than the total income. Hence, a sports betting business is only profitable if a large number of customers are betting on different odds,” he said.

Mwaalwa’s Obsession With Fashion – The Namibian