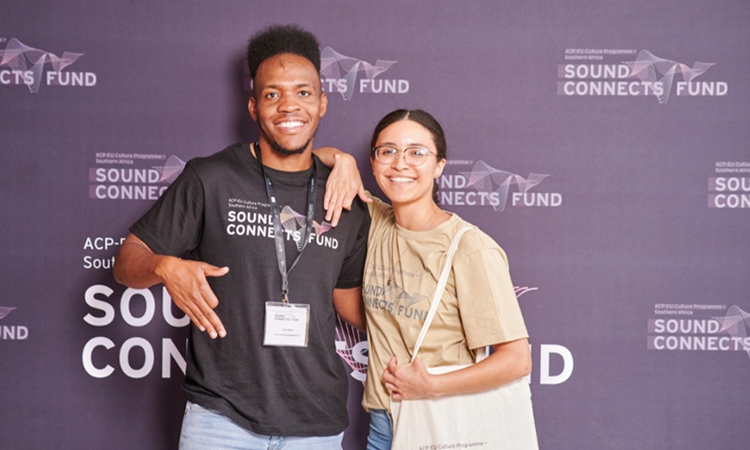 COMBINING comedy and music, Free Your Mind (FYM) entertainment, in partnership with Sound Connects Fund, has initiated a ‘Sounds of Namibia’ national tour.

The much-anticipated tour, and the first of its kind for FYM, commences this weekend in the capital before moving to other towns across the country for a total 10 shows over the next 10 months.

According to the organisers, the roadshow will explore Namibian sounds ,by highlighting musical and comedy talents from the grassroots, while exposing them to a larger audience.

The shows will take place in Windhoek, Gobabis, Swakopmund, Walvis Bay, Ongwediva, Rundu, Luderitz, Okahandja, and Rehoboth, and will return to Windhoek for the final edition.

Comedian-turned-filmmaker Kgosi Makaza, known as Tap the Guy in the comedy circles, is the founder of the ‘Sounds of Namibia’ initiative, through FYM.

He says the hilarious tour will feature Namibia’s top musicians as headliners at each show, while also providing emerging indigenous talents a platform to open for the main act in each town.

“We are gearing our audiences up for our new modus operandi here at FYM entertainment,” says Makaza.

“A full-length episode of each show will be released in a 10-episode series followed by the ‘Sounds of Namibia’ documentary, which will be released at the end of the tour, featuring highlights of the entire 10 months,” explains the comedian.

The tour will be officially launched this Friday at Winebar and will feature musicians such as Waters, Chikune and Ian Lovly, while the first show of the tour will take place on Saturday at Chicago’s.

Artists such as Yeezir, Skrypt and DJ Castro will headline the first tour, with local model Leena Shipwata and Makaza as the emcee.

“Aspiring musicians from each of the towns have the opportunity to kickstart their musical careers by opening for the headlining acts,” says Makaza.

To participate in the tour, artists should submit their two video performances and their two songs along with the hashtag #SoundsOfNam# to 081 747 5155 for possible selection.

“The most promising artists will be selected and added to the line-up of performances in their town during the tour,” says Makaza.

FYM entertainment has been an open and safe space for creative expression for the past 14 years, and will continue to ensure that it stays that way, says Makaza.

No more sleeping on beds made of sticks

Geingob accuses media of causing division between Govt and public