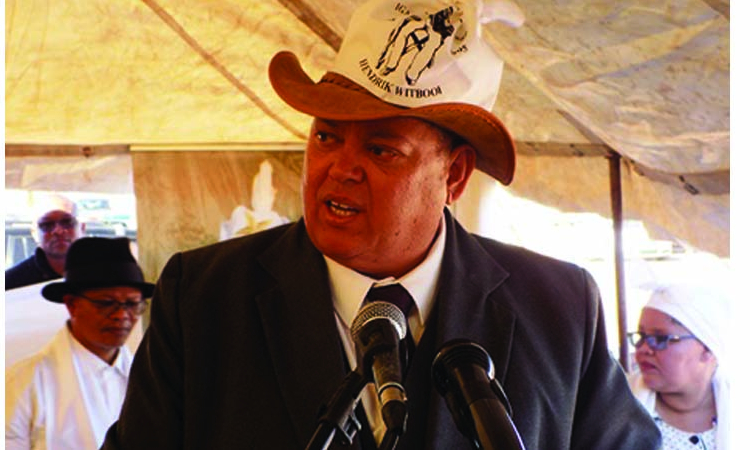 THE Cabinet has given the Ministry of Fisheries and Marine Resources the go-ahead to utilise more fishing quotas to secure the active and gainful employment of 212 fishermen previously employed by Saga Seafood.

Saga Seafood is a Namibian subsidiary of Icelandic firm Samherji.

This was revealed by fisheries minister Derek Klazen in an interview with The Namibian on Monday.

The utilisation of quotas for such purposes is provided for in Section 3 of the Marine Resources Act.

Klazen said those who are part of this initiative include the unemployed fishermen who worked on the Saga and Gyser fishing vessels.

Saga Seafood ceased operations in Namibia in March 2020, as it failed to secure fishing quotas to operate its vessels.

It could also not charter the vessels to other companies.

This is after Samherji announced it was withdrawing from Namibia, following the Fishrot corruption scandal exposé.

“The Cabinet directed that we follow a transparent bidding process to procure the services of successful companies. Accordingly, a request for proposal, to recruit the total number of fishermen who are not gainfully employed will be appearing in local newspapers soon,” Klazen said.

He reiterated his ministry’s commitment to continuously engage and negotiate decent working conditions and employment terms for fishermen within the industry.

Last week, the minister, with support from the Ministry of Labour, Industrial Relations and Employment Creation, the Erongo governor’s office, and labour unions, held a meeting with the involved companies at Walvis Bay.

Klazen said the meeting aimed to give the parties the chance to bury the hatchet and see to it that the fishermen continue to receive salaries.

The minister said this is because the fishing quota against which the fishermen are employed are linked and granted to the companies for a season, and cannot change hands.

“I confirm that the consultation was aimed at re-employment and finding solutions to restore and improve labour relations for the recently resigned fishermen,” he said.

When the fishermen resigned, they demanded active employment.

This, Klazen agreed, is the only solution, despite some of the companies who took in the fishermen failing to fulfil this promise.

“We bemoan the conversion of able, ambitious and brave Namibian fishermen into an idle and docile workforce. We recognise the importance of ensuring that existing and future employment conditions in the fishing sector are decent and fulfilling,” he said.

The leadership of the Independent Patriots of Change (IPC) in the Erongo region has called on the minister of fisheries and marine resources to find solutions to the issue of the fishermen who receive unemployment grants.

The party’s Erongo region chairperson, Aloisius Kangulu, described the current status of the fishermen as “degrading and a betrayal of the electorate by the country’s leadership”.

“We call on honourable Klazen, through leadership quality, empathy, humanity and humility to recognise the fishermen’s dignity to life as non-comparable to the value of whatever tonnes of fish quotas, but to be fully recognised by their dignity,” he said.

The fisheries and labour ministries, as well as Erongo regional governor Neville Andre will soon commence with a verification process to help find active employment for the fishermen who are currently on the unemployment grant scheme.