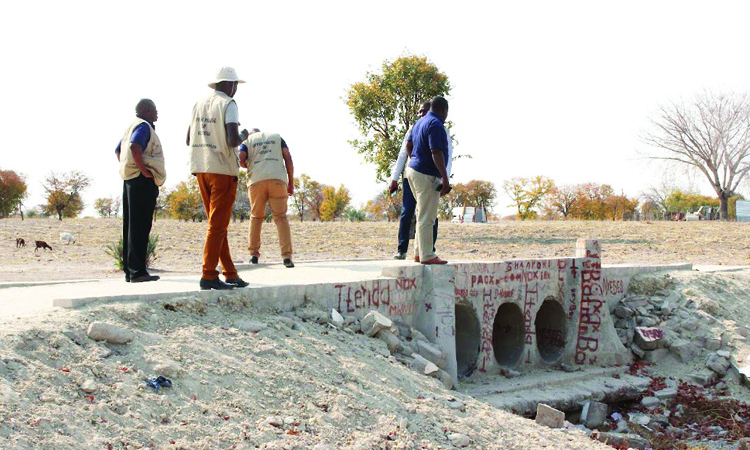 THE Uuvudhiya constituency in the Oshana region is just 90 kilometres away from the Ondangwa-Oshakati main road. But to get there (by driving), it could take you about three hours and more than five hours during the rainy season.

The constituency, which covers an area of 5 819 square kilometres and the biggest in that region, has no recognised road after more than 30 years of independence.

As such, more than 5 000 inhabitants of the villages situated in Uuvudhiya struggle to access various services because of the appalling state of the road network within the constituency.

The challenges regarding roads in Uuvudhiya are similar for the inhabitants of Ompundja constituency who use unrecognised tracks to get around countless swamps and floodplains in the area.

It is even more challenging to navigate through the two constituencies during the rainy season as they are situated in the Cuvelai Basin – the largest floodplain in Namibia.

When it is dry, driving to Uuvudhiya is the same as driving over a stretch of raised strips for 90 kilometers.

Even though the only road leading to these two constituencies (DR 3607) was proclaimed as early as 1992, it has not been constructed despite several promises made by politicians to do so over the years.

As a consequence, communities of the two constituencies are mostly cut off from the rest of the region during the rainy season as they have no way of accessing health facilities, schools and other essential services.

The inhabitants of the two constituencies have since constructed makeshift bridges all over the swamps to enable crossing to schools and clinics.

“The difficulties with our roads have discouraged our people from believing in politicians when they speak,” stressed Matheus Kornelius, a traditional leader at Oponona.

“Sometimes, when you hear trucks driving by to deliver cement or construction material, you would think they have started with construction of the road,” another concerned resident of Ompundja constituency, Gephardt Shikongo, stressed.

They raised their concerns during a public engagement between members of the parliamentary committee on transport, infrastructure and housing led by Ondangwa Rural constituency councillor Alfeus Kaushiweni Abraham, and the community of Ompudja constituency last month.

The committee was in the Oshana region on an oversight mission to familiarise itself with the conditions of roads, network connectivity and access to various schools and clinics found in the region’s urban and rural areas.

At the same public meeting, Ompundja constituency councillor Adolf Uunona told the committee that his constituency urgently needs bridges to ensure that people have access to much-needed and essential services.

He, however, expressed concerns over the laid-back approach taken by responsible authorities to implement planned projects.

Apart from Uuvudhiya and Ompundja, the committee visited other areas in Oshana region including Ondangwa Urban and Rural, as well as Okaku constituency, respectively.

While the common challenge facing the rural communities in Oshana region is floodwater and lack of recognised crossing points, officials at Ondangwa Urban constituency are bickering over the inadequate funds they receive from the Roads Administration Fund to “beautify our roads”.

Abraham explained to members of various communities in Oshana region that all the issues raised will be consolidated into a report which will be tabled in the National Council for discussion.