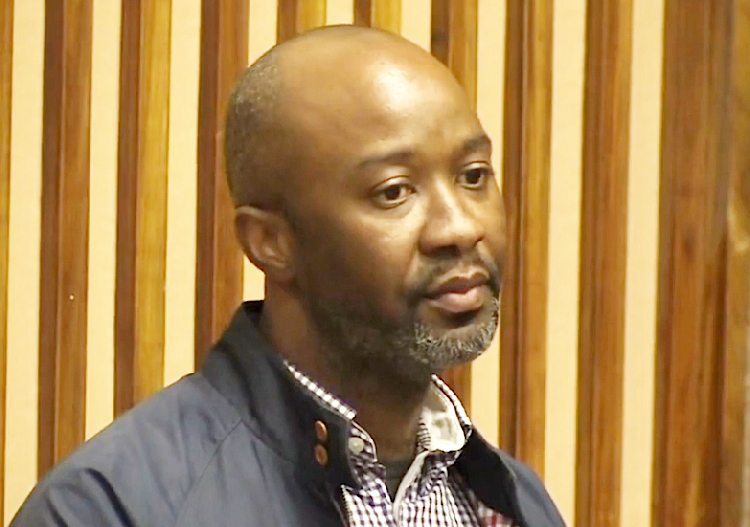 THE bail hearing of Fishrot fraud and corruption accused Tamson Hatuikulipi is due to continue in the Windhoek High Court in October.

Acting judge David Munsu yesterday postponed the hearing to the week of 10 to 14 October, after Hatuikulipi’s testimony in support of his application to be granted bail came to an end.

Since the start of the bail hearing on 13 July, Hatuikulipi (41) has been on the witness stand for more than eight days, of which five days were taken up by cross-examination from state advocate Hesekiel Iipinge.

Hatuikulipi’s testimony ended yesterday after defence lawyer Florian Beukes posed a final round of questions to him.

When the bail hearing continues, the state is expected to call a witness to testify on its opposition to Hatuikulipi’s application to be granted bail.

The state is alleging that Hatuikulipi, who is the son-in-law of former minister of fisheries and marine resources Bernhard Esau, introduced representatives of the Icelandic fishing company group Samherji to role players in the Namibian fishing industry, including some of his co-accused, and that they then devised a scheme through which Samherji could get access to Namibian fishing quotas, from which the Icelandic group and also the accused in the Fishrot case benefited.

In the indictment setting out the charges against the accused in the matter, the state is also alleging that as a result of his involvement in alleged fraud and corruption with the allocation of Namibian fishing quotas to which Samherji companies got access, Hatuikulipi derived nett financial benefits totalling about N$17 million through payments made into his personal bank accounts.

It is further alleged that Hatuikulipi received additional financial benefits totalling about N$40,6 million through payments made to businesses and corporate entities controlled by him.

Hatuikulipi is charged in his personal capacity and also as representative for his close corporations Erongo Clearing and Forwarding CC, JTH Trading CC and Fitty Entertainment CC.

So far during the hearing, Hatuikulipi told the court he was doing consulting work for Samherji after he had been introduced to a representative of the group, Jóhannes Stefánsson, in late 2011.

After leaving Samherji, Stefánsson became a whistleblower who revealed the group’s involvement in alleged corruption in Namibia’s fishing industry.

According to Hatuikulipi, Samherji paid him for his consultancy services, which consisted of linking the group with Namibian fishing quota holders willing to conclude quota-use agreements with Samherji, and also linking it with potential buyers of fish in other countries in Africa.

Hatuikulipi denied he was involved in the setting up of the company Namgomar Pesca Namibia, which is alleged to have been designed to receive fishing quotas allocated by Esau, and which in turn sold its quotas to Samherji companies.

However, Hatuikulipi was included in email correspondence about the setting up of Namgomar Pesca Namibia and an Angolan counterpart of the company, the court heard during his cross-examination.

Hatuikulipi told the court he did not receive those email messages, and repeatedly said he was reserving his constitutional right to remain silent about documents of which he was not the author and which he said had been tampered with.

Hatuikulipi has further denied that Samherji engaged him because he is Esau’s son-in-law and their family ties gave the group access to the former minister and his power to award fishing quotas.

Hatuikulipi – and also Esau, former attorney general and justice minister Sacky Shanghala, Hatuikulipi’s cousin James Hatuikulipi, and Pius Mwatelulo – have been held in custody since their arrest near the end of November 2019.

A co-accused, Ricardo Gustavo, who was the sole director and an employee of Namgomar, is the only one of the accused in the Fishrot case to have been granted bail so far.

TransNamib’s trains of trouble – The Namibian

Geingob calls for peace – The Namibian