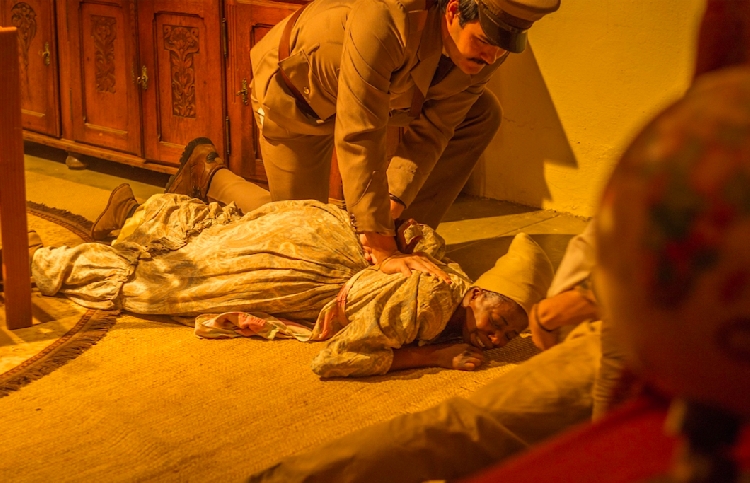 Filmmaker, director and writer Florian Schott is pleased that the industry is looking up again, after a tough two years.

“There have been very few productions during Covid, but, with the NBC-Multichoice initiative producing 13 TV films and young film makers not waiting for funding but just shooting their films, it seems we’re back on track and there’s more regular work for Namibian film makers,” Schott says.

He says it is difficult for films to recoup their investment within Namibian borders because of the country’s small population, hence the industry has not grown that much.

“The budgets stay as low as they’ve been for years and there is no indication that this will change anytime soon. But what has definitely improved is the way Namibian films perform on the international stage. ‘Baxu and the Giants’ was the first Namibian film on Netflix, ‘The White Line’ is on Amazon worldwide and ‘Kapana’ has been at too many festivals to count. Namibian films win awards and are seen by more and more audiences around the world,” he says.

Schott says streaming platforms that are investing heavily in Africa are looking for expansion, but that only works in countries with bigger populations, so they invest in South Africa, Nigeria, Kenya.

“Namibia does not really play a role here. But on the bright side, we do have the Namibia Film Commission that funds projects yearly. And, with initiatives like the NBC/Multichoice TV films, there is at least some money flowing into the film sector. As film makers, we have to try to create stories that are uniquely Namibian, but can travel outside the country too. This is the only way to recoup investment,” Schott says.

Schott says it is difficult for Namibian films to be showcased outside the country because streaming services, such as Netflix and Amazon are not interested in the small Namibian market, so the global players are not investing here.

The founder and director of the Ombetja Yehinga Organisation, Philippe Talavera, says he went into filming because he likes stages.

“However, Namibia is a vast country and since we work on educational products, we want as many people as possible to see them. It is very costly to tour 10 dancers or actors. It is easier to travel with a DVD. I, therefore, started working on films to make sure our stories would reach more people,” he said.

Talavera admits that the local film industry is difficult, mainly because funding is not there. He says what is also destroying the industry is the attitude of some people who think they know it all.

“You can’t expect people to do things for free. If you want people to invest time and energy in their craft, whether acting, directing, photography or sound, you need to also give them the means to live off that craft. Actors in particular are underpaid. As a result, they don’t spend enough time rehearsing. Yet rehearsals are very important. I never go into a production without at least four, if possible six, weeks of daily rehearsals. Some actors don’t understand why, because they are not used to the rehearsals process. But acting is like any other craft. You may be gifted, but you still need to practise. We need to invest more time and effort not only in the shooting but also in training, rehearsals and stage preparation,” Talavera says.

Producer, screenplay writer and director Micheal Pulse is pleased that the film industry is growing and expanding. He says new film makers are emerging, which is great for the industry.

“Over the years, there has been more visibility on the Namibian film industry, particularly with films like ‘The White Line’ getting consideration for nomination at the Oscars. It has grown, but there is room for improvement. Comparing the film industry of Namibia to any other country, we are up to standard with other countries. We have shown that we can hold our own, but we should also continue to learn from those film industries that are changing and shaping film,” Pulse says.

Pulse says over the years, he has noticed that finance is one of the main challenges the industry is facing, and to succeed, there should be considerable investment into the industry.

“The government and private sector should realise that film can contribute to the GDP (gross domestic product) of the country. To help the industry more, work needs to be done in terms of infrastructure, finance and overall industry cohesiveness to really build an industry that is self-sustainable. I also think what we need to find is a payment policy in film that is fair and reasonable for all parties involved and that can be a standard of payment like any other industry, ” he said.

‘Forex trading not a scam or gamble’