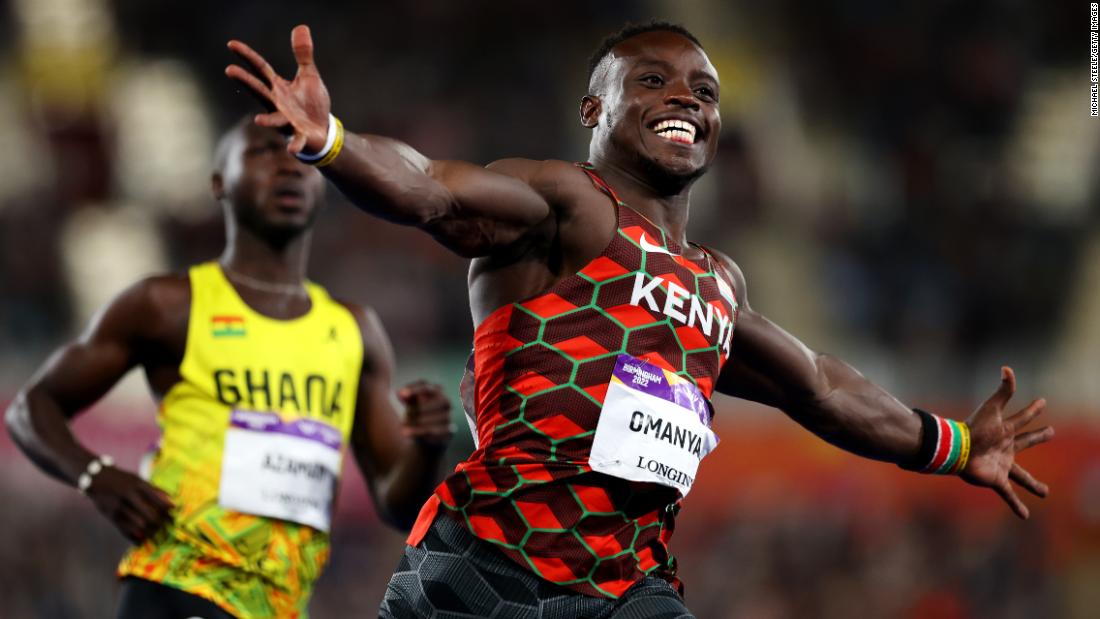 The 26-year-old is leading by example after he secured multiple victories this year. In May, Omanyala was first to the men’s 100 meter finish line at the World Athletics Continental Tour. The following month, he clinched first place in the 100m again after a photo-finish at the African Athletic Championships. And Omanyala earned Kenya its first 100m gold medal in 60 years at the 2022 Commonwealth Games.
The sprinter, who made it to the 100m semi-finals in the delayed 2020 Tokyo Olympic Games, says he is continuously training for the next competition.

For Omanyala, racing is “90% mental.” Along with rigorous training and workout sessions, the track star says his trick to keeping calm is to visualize the event for weeks leading up to race day.

“There are always two sides of a race: you either win or lose. So, I always visualize both, so that when I get into a race and something happens, it doesn’t hit me that hard because I’ve already visualized that,” he said.

Read more: What it’s like to circumnavigate an entire African country on foot in 16 days
Reflecting on his career, Omanyala says one of his biggest accomplishments was setting the African 100-meter record at the Kip Keino Classic in 2021, despite missing out on gold by 0.01 seconds. With a time of 9.77, Omanyala became Africa’s fastest sprinter and the ninth fastest man in history.

“I remember I never recovered for like a month. I was just still thinking, ‘Is it a dream? I’m not believing that this is happening,'” he said.

Now, the sprinter has his sights set on breaking the 100m world record, which is currently held by Usain Bolt with a time of 9.58 seconds. “I’m looking for running 9.6 this season and then taking it down in the near future,” he said.

Watch the video above to see how Omanyala is training the next generation of sprinters.

Opinion: The British Empire: A legacy of violence? | CNN