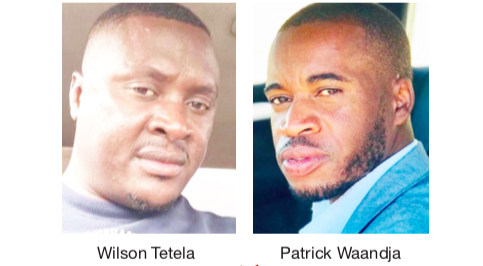 FAMILIES of seven Namibian men shot dead by Zambian police three years ago are demanding post-mortem results from the government after the police exhumed their bodies in early 2021.

The bodies of Daniel Mbishi (32), Wilson Tetela (39), Haitembu Elifas (40), Elifas Ndeshikeya (29), David Mweuxwange (39), Samuel Kambonde (42) and Patrick Waandja (34) were exhumed in February 2021 on the request of their families. The families were contesting a version by the Zambian police that the men were killed in an exchange of fire with Zambian law enforcement agents.

The families claimed that the men were gunned down at close range.

“We have seen that the killing of our sons was not fair to us. Therefore, we are demanding justice, through our government, from the Zambian government for the death of our seven sons on 5 December 2019, killed in cold blood by the Zambian police,” Enos Haipumbu, one of the affected family members said.

Haipumbu added that they have evidence that the seven men were arrested, taken into police custody and later killed.

He stated that they were wounded, while their arms were broken. Haipumbu said they suspect the deceased were beaten with unknown objects before they were shot.

According to him, the men were shot in their backs, while one was shot in the head at close range.

Zambian police spokesperson Simalambo Hamoonga referred The Namibian to his deputy, Danny Mwale, who did not respond to a text message sent to him on Monday morning.

The Namibian reported in 2021 that the Zambian government ignored requests by Namibia’s minister of international relations and cooperation, Netumbo Nandi-Ndaitwah, and the former police head inspector general Sebastian Ndeitunga, to release a post-mortem report on the deaths of the seven Namibians.

Nandi-Ndaitwah wrote to Oukwanyama queen Martha Mwadinomho Klisian Nelumbu in October 2020 informing her that the post-mortem results had not been given.

“Immediately after the unfortunate incident, the Namibian High Commission in Lusaka requested the Zambian authorities to provide a post-mortem report, which would determine the cause of death.

“Subsequently, the inspector general of the Namibian Police and myself have written to our respective Zambian counterparts to provide post-mortem reports. To date, such reports have not been furnished by the government of the Republic of Zambia,” Nandi-Ndaitwah wrote at the time.